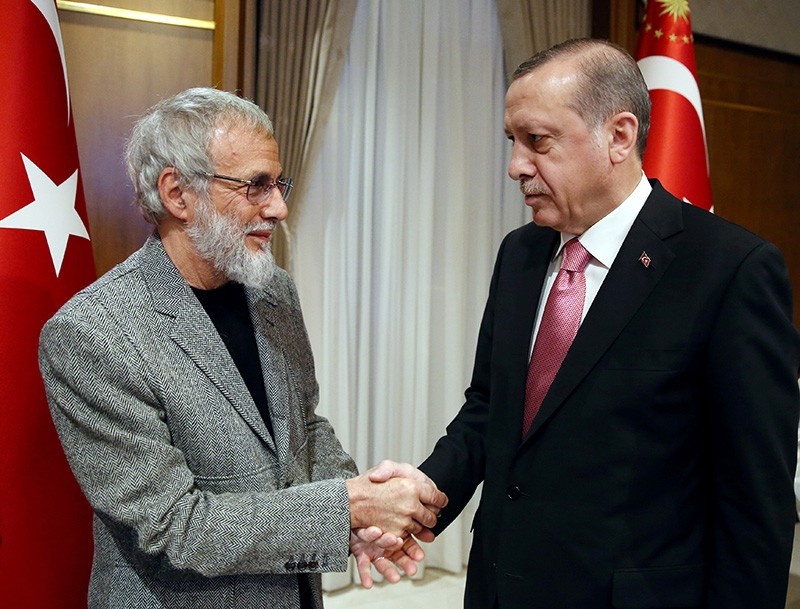 Legendary singer-songwriter Yusuf Islam, or Cat Stevens as he is still better known as, met with Turkish officials on Wednesday in the capital Ankara.

The London-born music legend met Deputy Prime Minister Numan Kurtulmuş and officials from the Presidency of Religious Affairs (DİB) first before he was received by President Recep Tayyip Erdoğan.

Deputy Prime Minister Kurtulmuş said via Twitter that they discussed the construction of a mosque at United Kingdom's Cambridge University.

Islam is part of a delegation rallying for the mosque project at the prestigious British institution and has previously paid a visit to Turkish leaders for financial support.

Turkish Diyanet Foundation linked to the DİB oversees the construction of a mosque near Cambridge campus. Promoted as "Europe's first environment-friendly mosque," the place of worship will use solar power and recycled waste water for lighting and irrigation of green spaces in its courtyard.

Yusuf Islam, 68, born as Steven Georgiou, converted to Islam in 1977 following a brush with death when he nearly drowned in the Pacific while swimming off Malibu Beach.

He now works for philanthropic causes especially for Muslim communities across the world.