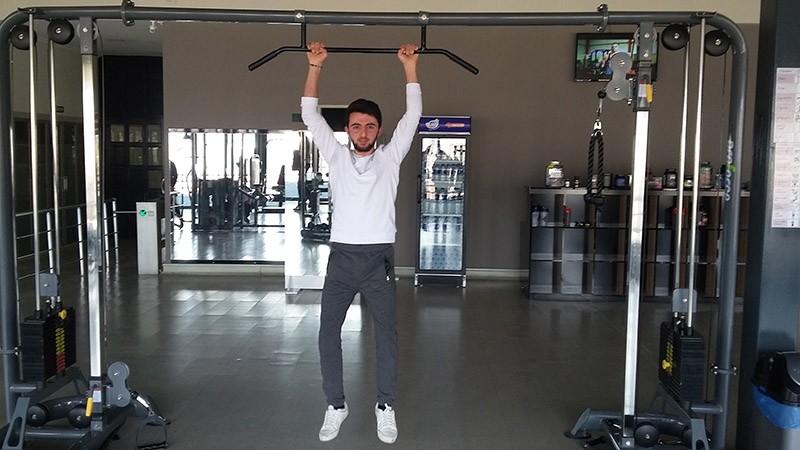 Eyüp Erden, a young Turkish man, started going to the gym after he discovered that he was one centimeter short of qualifying for the entrance exams to become a special operations police officer.

The health committee in the Merzifon district of Amasya in northern Turkey eliminated 20-year-old Erden during his primary physical check up following his application to become a special operations policeman. Erden measures 1.66 meters tall, one centimeter shorter than the minimum height requirement.

After coming up short in the examination, Erden signed up for a gym membership and is currently working hard to measure up. He hopes to grow one centimeter within the next few months before the next exam sessions.

''After applying to become special operations police officer, I was told that applicants need to be at least 1.67 meters tall in order to qualify for the exams. I am 1.66 meters tall, but I will not give up. I am doing chin-ups and pilates work to make up for the 1-centimeter lack,'' Erden said.

''We are helping him as much as we can, God willing he will grow one centimeter in height soon,'' said Şahinpınar.