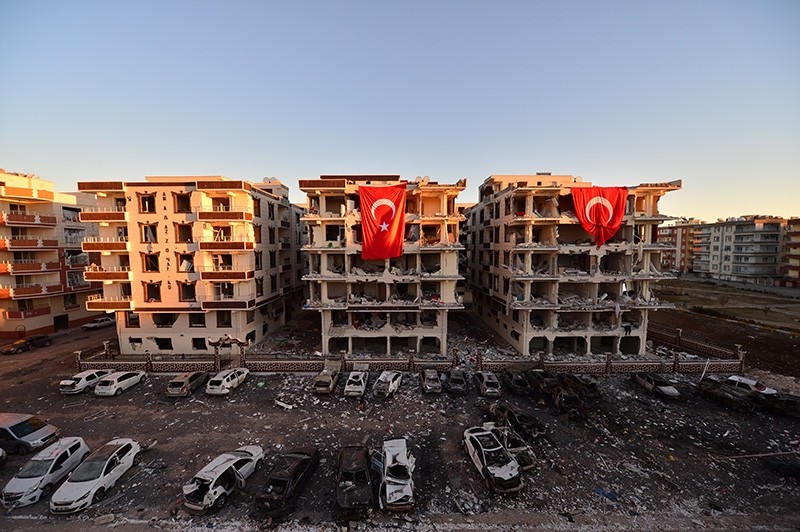 Two people including an 11-year-old child have been killed and 17 people have been injured by a car bomb blast near lodgings of judges and prosecutors in Turkey's southeastern Şanlıurfa province bordering Syria, reports said on Friday.

Şanlıurfa Governor Güngör Azim Tuna said that the explosion in Viranşehir district was carried out with a bomb-laden vehicle and an 11-year-old child was killed by the blast. The body of a security guard, who was initially reported missing after the blast, was later found amid the rubble by rescue teams.

Sources reported that the blast, which took place around 8:45 pm (local time) was heard from all parts of the city and several ambulances from neighboring Gaziantep province were dispatched to the area. Nearly one ton of explosives are believed to be used in the attack.

Governor Tuna said that during the evening a young person of about 18-20 years old parked a bomb-laden car near the housing complex.

"The terrorist attack was carried out by detonating the bomb-laden car via remote control. The housing complex was severely damaged," Tuna added, noting that PKK terrorist organization is the initial suspected group responsible for the attack.

The child who died in the blast was the son of a court clerk, he said.

Tuna said that the injured were not in critical condition and were sent to local hospitals.

At least 26 people have been arrested for links with the attack.

Tuna also briefed President Recep Tayyip Erdoğan on the attack, and Erdoğan expressed condolences for the victims, and especially for the boy who was killed in the attack, and wished a quick recovery for the injured.

Bozdağ said that Turkey's fight against terrorism would continue.

Since July 2015, Turkey has suffered a number of attacks from terrorist groups such as Daesh and the PKK, in which nearly 550 civilians were killed.

PKK terrorist group has carried out numerous car bombing attacks against public institutions and residences of public officials in the past.