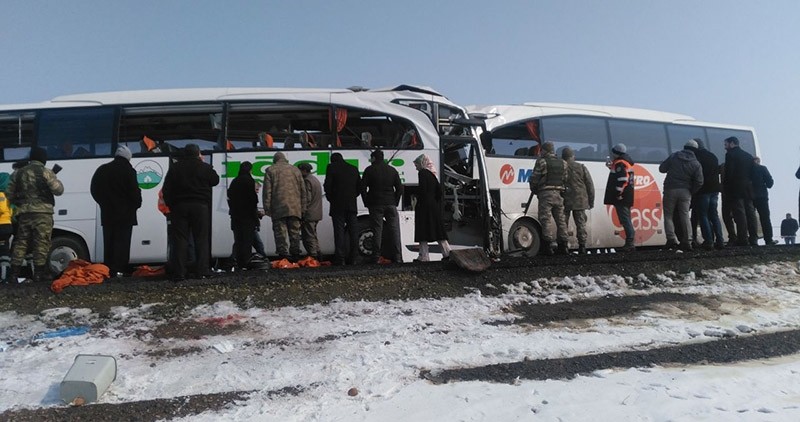 At least eight people, including five Azerbaijani nationals, were killed and at least 28 others were injured as two buses collided in Turkey's eastern Iğdır province on Monday.

The buses, both traveling from and to Azerbaijan's Nakhichevan region, collided on the highway linking Iğdır's Aralık district with the Dilucu border gate.

Iğdır Governor Ahmet Turgay Alpman, who travelled to the crash scene, said that the accident occurred due to the two vehicles crashing as they passed each other amid thick fog. He added that only one lane was open due road repair works in the section of the highway where the accident took place.

Numerous ambulances and rescue teams have been dispatched to the crash scene, and efforts resumed for hours to rescue those passengers who remain trapped inside the buses.

Wounded passengers were transferred to state hospitals in Iğdır and Aralık.