Turkey among top 10 most traffic-congested countries in world 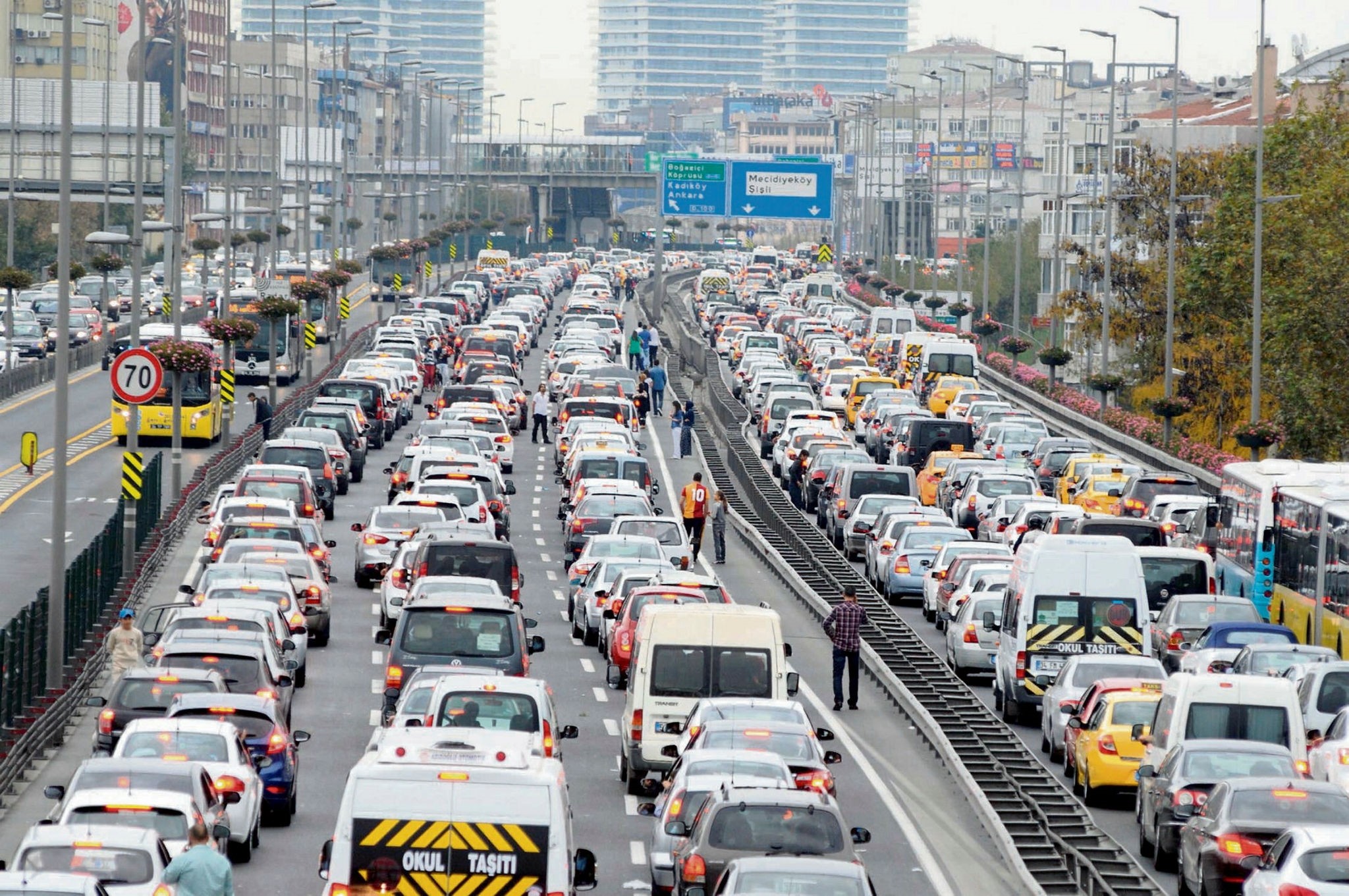 Turkey has been ranked the 10th most traffic-ridden country in the world, with drivers spending 34 hours stuck in transit gridlock on average in 2016, according to a report released by the INRIX.

At the global city level, Istanbul took the 15th position among the world's most gridlock-plagued cities with 59 hours spent in congestion, while Los Angeles topped the list with 104 hours, followed by Moscow (91 hours), New York (89 hours), San Francisco (83 hours) and Bogotá (80 hours).

According to the report, drivers in Istanbul spend average of 25 percent of their travel time simply waiting in the traffic during busy days, and 20 percent if the day is calmer.

INRIX conducted the research by obtaining data from 300 million different sources in 1,064 cities and 38 countries covering more than 250,000 square kilometers (100,000 square miles) of road. The report focuses on traffic congestion across all times of the day and week.