Turkish scientists head to Antarctica for first scientific base 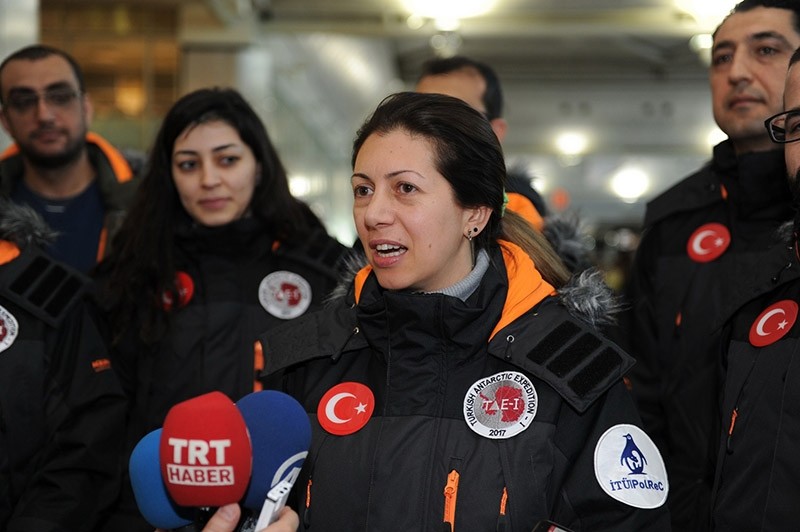 A group of Turkish scientists started their journey from Istanbul to Antarctica on Friday to set up Turkey's first scientific research base in Antarctica.

Before their departure, the director of the Istanbul Technical University Polar Research Center (also known as ITU PolReC) told reporters at Atatürk Airport that they will work to realize a scientific base in Antarctica.

"Our target is to set up a research base to open our studies to Turkish scientists," she stressed, hailing the work as a contribution to Turkey moving from its observer status to consultative party status on the continent.

Özsoy highlighted that consultative party status was important as only such countries have voting power relating to Antarctica.

The scientists will try to determine the best location for the planned research base.

In April last year, in a historic first, a team of 14 Turkish researchers, including medical doctors, botanists, survey and geological engineers, and oceanographers from seven Turkish universities went to Antarctica on a scientific mission to study the impact of climate change.