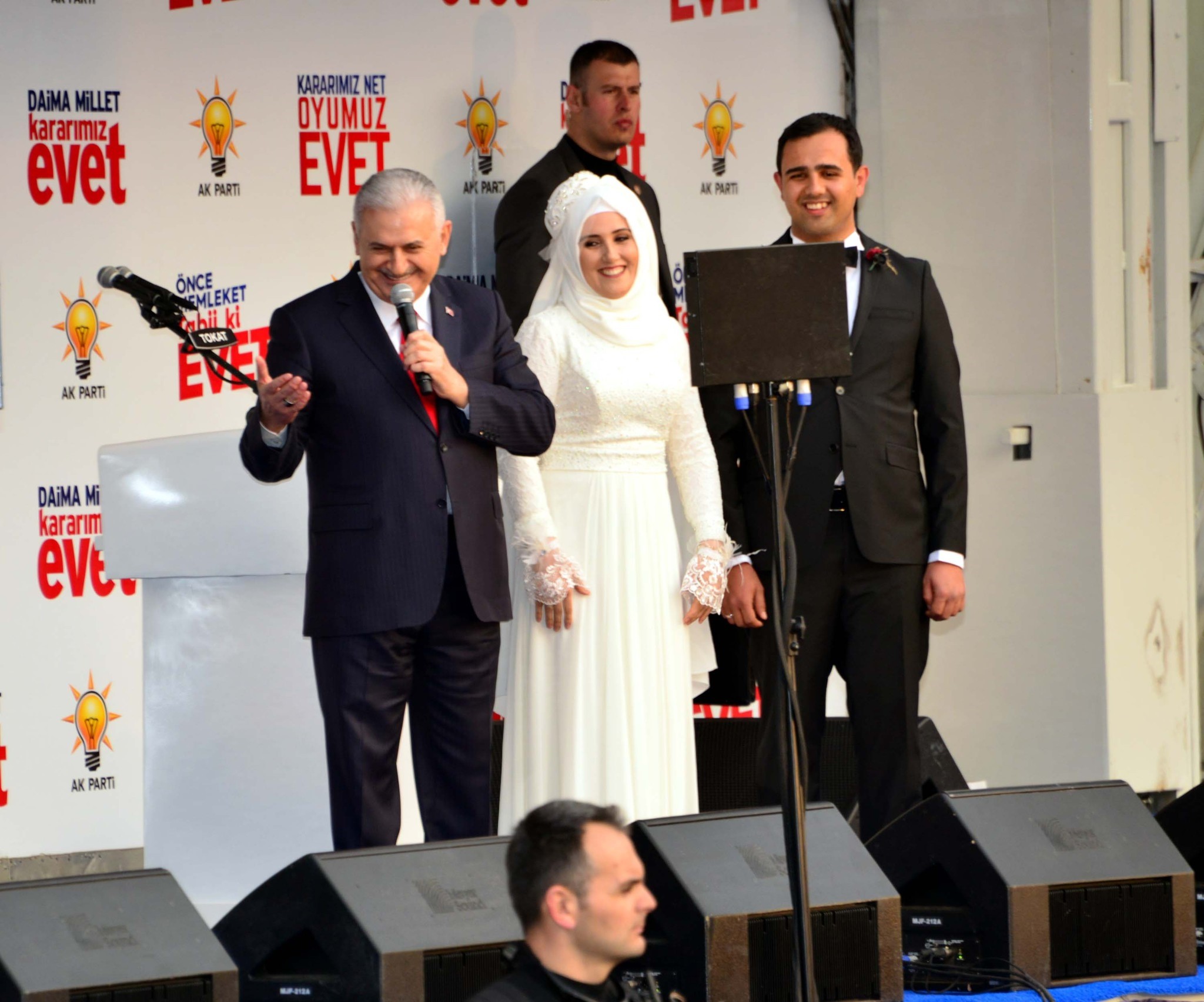 A Turkish couple surprised Prime Minister Binali Yıldırım on Wednesday after climbing onto the stage and asking the premier to officiate their marriage during a campaign rally held in northern Tokat province.

After letting the excited couple onto the stage where he was campaigning for the constitutional amendment referendum in April, Yıldırım said the couple apparently could not wait to say "yes" until the referendum date and held the wedding ceremony among the cheering crowd.

He even gave the recipe of happiness for the groom and bride, who is from Yıldırım's hometown Reşadiye.

"The success for any marriage is to say "okay" to your spouse. If one of you gets angry, the other should stay calm. That is the key to getting along well."

On April 16, electorates will be asked to vote 'yes' or 'no' on constitutional changes, which would hand wide-ranging executive powers to the president and abolish the post of prime minister.

The 'yes' campaign is backed by the ruling Justice and Development Party (AK Party) and the Nationalist Movement Party (MHP), while the main opposition Republican People's Party (CHP) and the Peoples' Democratic Party (HDP) oppose it.