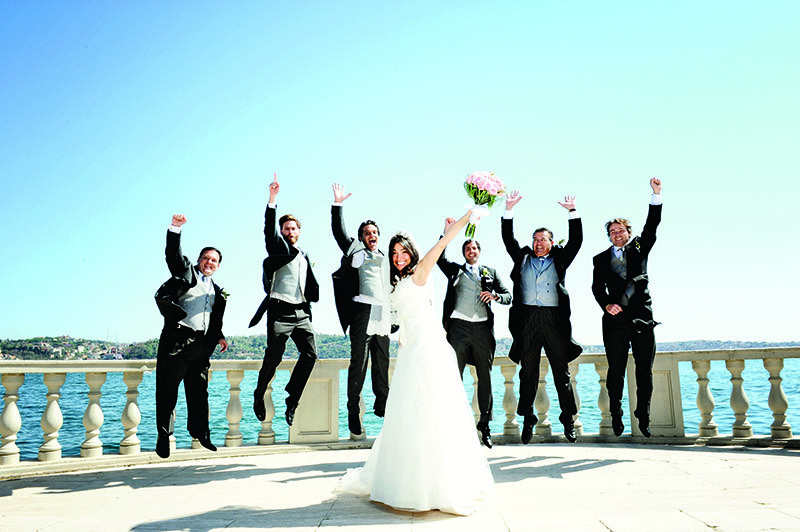 Host to one of the largest Syrian refugee populations in the world, Syrian nationals made up the majority of foreign brides marrying locals in Turkey last year.

Figures released by the Turkish Statistical Institute (TurkStat) on Thursday indicated that foreign brides constituted 3.8 percent of the total number of marriages last year, with 6,495 Syrian women marrying in the country in 2016.

They are followed by German brides with 2,644, although it is believed that most of the German brides are nationals of Germany with Turkish origin. Azerbaijani brides followed them. In terms of foreign bridegrooms, only 377 Syrian men married Turkish women last year, coming in second after bridegrooms from Germany.

Turkey hosts nearly 3 million Syrian refugees who have taken shelter in the country since 2011, when conflict broke out in their country that neighbors Turkey.

With no end in sight, many opted to start a new life in Turkey, which is known for its higher tolerance of refugees compared to other countries in the region.

However, many refugees outside the refugee camps along the Turkish-Syrian border face poverty, and experts believe that most Syrian women marry Turks to secure financial status.

Figures released by TurkStat are part of a wider survey on marriage and divorce rates in the country last year. They indicate that both marriages and divorces are showing a slight decline. Marriages decreased 1.4 percent compared to 2015, with only 594,493 couples getting married, while divorces decreased 4.3 percent to 126,164.

Not giving up the undesirable title of the city with highest divorce rate, İzmir, a western city and the third largest city in the country, once again topped the list in divorces. With 2.63 divorces per 1,000, İzmir surpassed Antalya, located in southern Turkey. Some 39.1 percent of divorces took place in the first five years of marriages, TurkStat figures show.

Experts attribute the divorce rates to a lack of marital counseling resources.

The Family and Social Policies Ministry offers marriage counseling services to prevent divorces, and notes that most divorce cases are filed over minor disagreements that can often be resolved after the couple attends counseling sessions. If a divorce proceeds despite the counseling, the ministry also offers counseling services for the children of divorced couples.