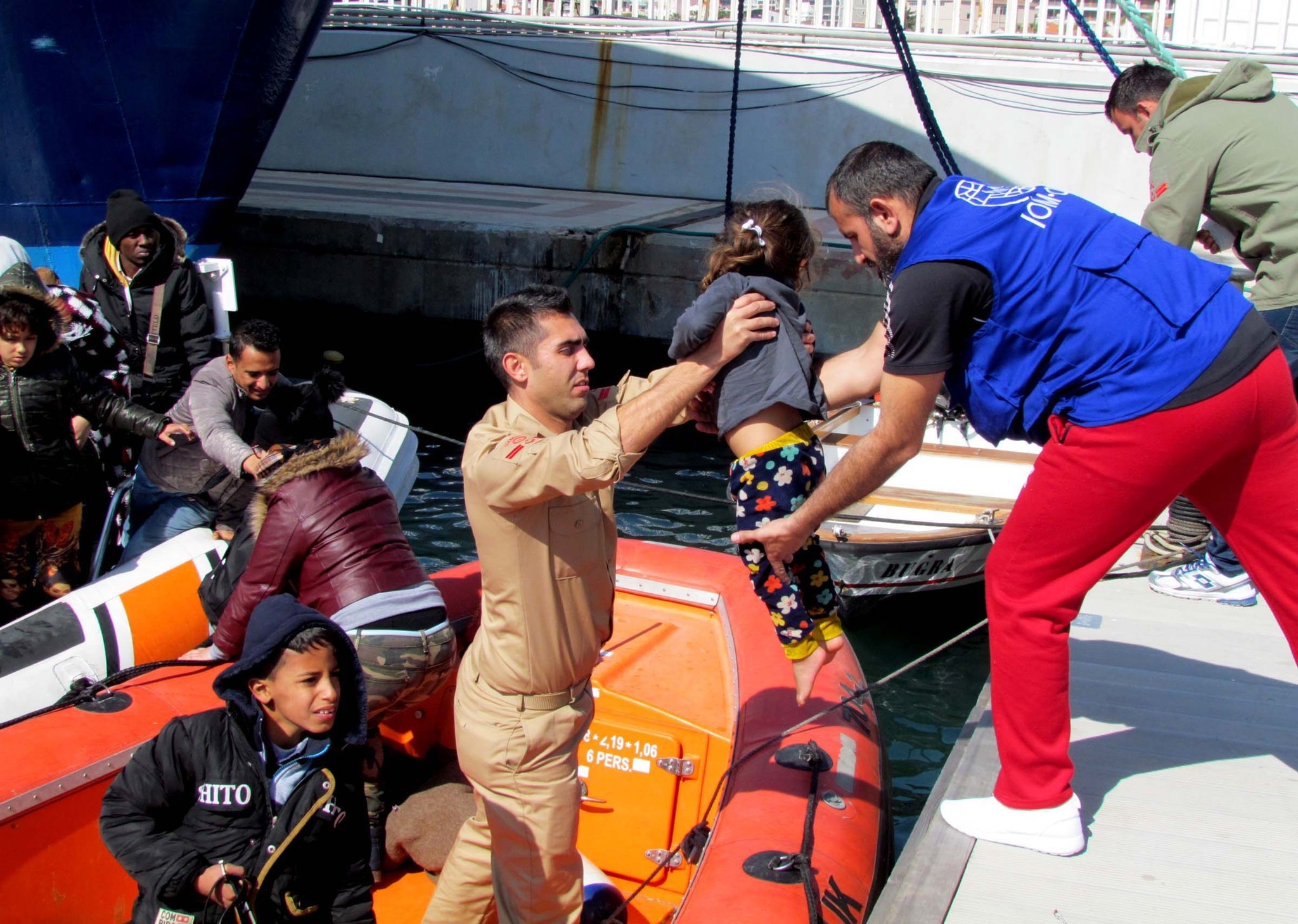 Coast Guard officers help migrants caught Sunday en route to Chios island of Greece to the shore.
by Compiled from Wire Services
Mar 06, 2017 12:00 am
The Turkish Coast Guard announced a significant drop in the number of illegal immigrants who sought to reach Greece via the Turkish sea route in February and March.

The figures, announced almost one year after a European Union-Turkey deal to curb the migrant flow to Europe, show only 230 people were discovered attempting to cross into Greece in the Aegean and Mediterranean seas between February 24 and March 3. Both seas are tightly patrolled by the Coast Guard since the upsurge in the number of migrants in the wake of the conflict in Syria, Turkey's southern neighbor.

As more refugees who took shelter in Turkey sought to cross into Europe, the EU has struggled to respond to the influx and was forced to seal a deal with Turkey in March 2016 where Turkey was to take back Syrian refugees who reached the Greek islands in exchange for more funds designated for the care of refugees in Turkey.

Along the stretch of the Aegean coast covering cities like Çanakkale in the north and Muğla in the southwestern tip of Turkey, the Coast Guard has intercepted migrants, mostly those traveling in dinghies, while detaining five human smugglers between the last week of February and last week while three groups of migrants attempting to board boats to the nearby Greek islands were stopped before their potentially dangerous journey. Although the Greek islands are relatively closer to the Turkish coast, the journeys occasionally end up with the sinking of overcrowded rubber boats that most of time have to operate in bad weather conditions.