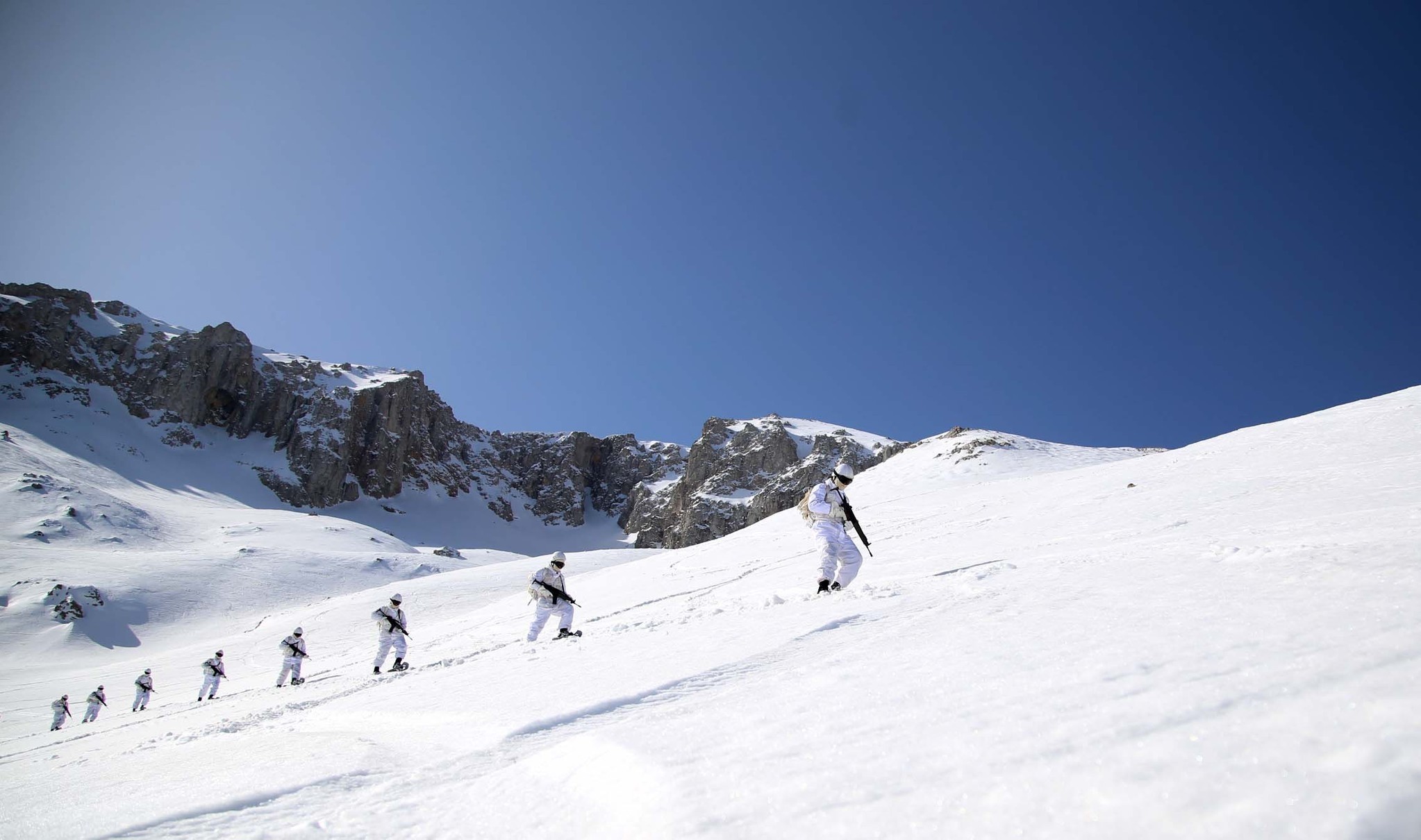 Prospective commandos walk in single file on a snowy slope.
by Daily Sabah with AA Mar 06, 2017 12:00 am
In the unforgiving terrain of the Davraz Mountain in western Turkey, Turkish army's future commandos showcased their skills in a grueling training exercise.

Touted as one of the harshest in the world, the Commando Expertise Course, hosted by a military academy in the city of Isparta, prepares soldiers for combats in extreme conditions.

Journalists, allowed to observe the first stage of the course that covers combat in snowy and cold weather conditions, witnessed how career officers who volunteered for the course tackle the demands of the tough regimen.

During the four weeks of training, at a height of 2,000 meters in the Davraz Mountain, where the chilling weather and ubiquitous snow makes it difficult to survive, commandos lived in their makeshift igloos and had to walk for kilometers on snow as deep as one meter.

After being airdropped at the peak of the mountain by helicopters, students turned to their advanced skiing and mountaineering skills to advance and infiltrate "enemy" lines.

This once-in-a-year training is the only opportunity officers have to earn their place in elite forces of the Turkish army who serve in a wide range of high-risk operations, from anti-terror raids to mountain rescue missions.

A handful of students are accepted every year and only if they fit the physical and psychological profile. The training in the mountain is only open for those who completed the basic training. The next stages of the training include land raid, amphibious operations, airlifting/airdropping operations, urban warfare and demining.
RELATED TOPICS