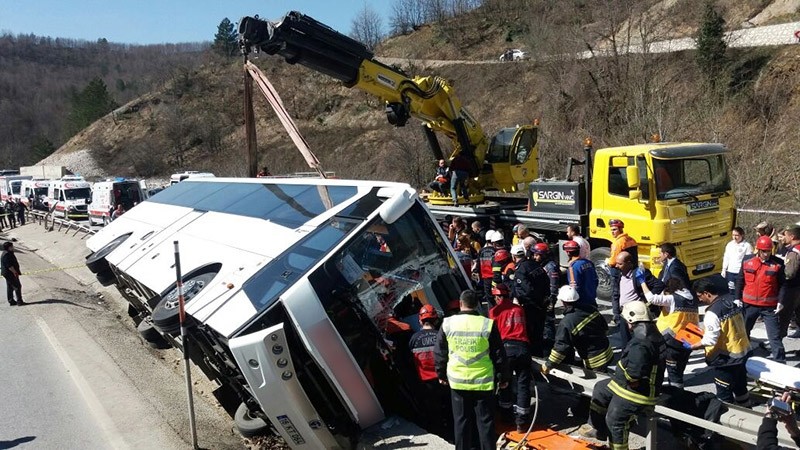 At least seven people were killed and 34 others were injured when a bus carrying union workers on their way to attend International Women's Day activities in capital Ankara overturned on Tuesday in Turkey's northern Bursa province.

The bus failed to negotiate the ramp in the section between Bursa's Inegöl and Bilecik's Bozüyük districts on the Ankara – Bursa highway, causing the vehicle to swerve into the median and overturn.

The bus was part of a convoy of four buses carrying some 250 female Turkish Metal Union workers from two automotive spare parts factories in Bursa province.

Initial reports suggested that five women were killed in the accident, and the death toll later increased to seven. The Injured were transferred to nearby hospitals.

President Recep Tayyip Erdoğan extended his condolences to the labor union representatives. Erdoğan was scheduled to receive the women today in an event that was canceled after the accident. An investigation is underway into the cause of the accident.