Ecuador sends message of thanks to Turkey 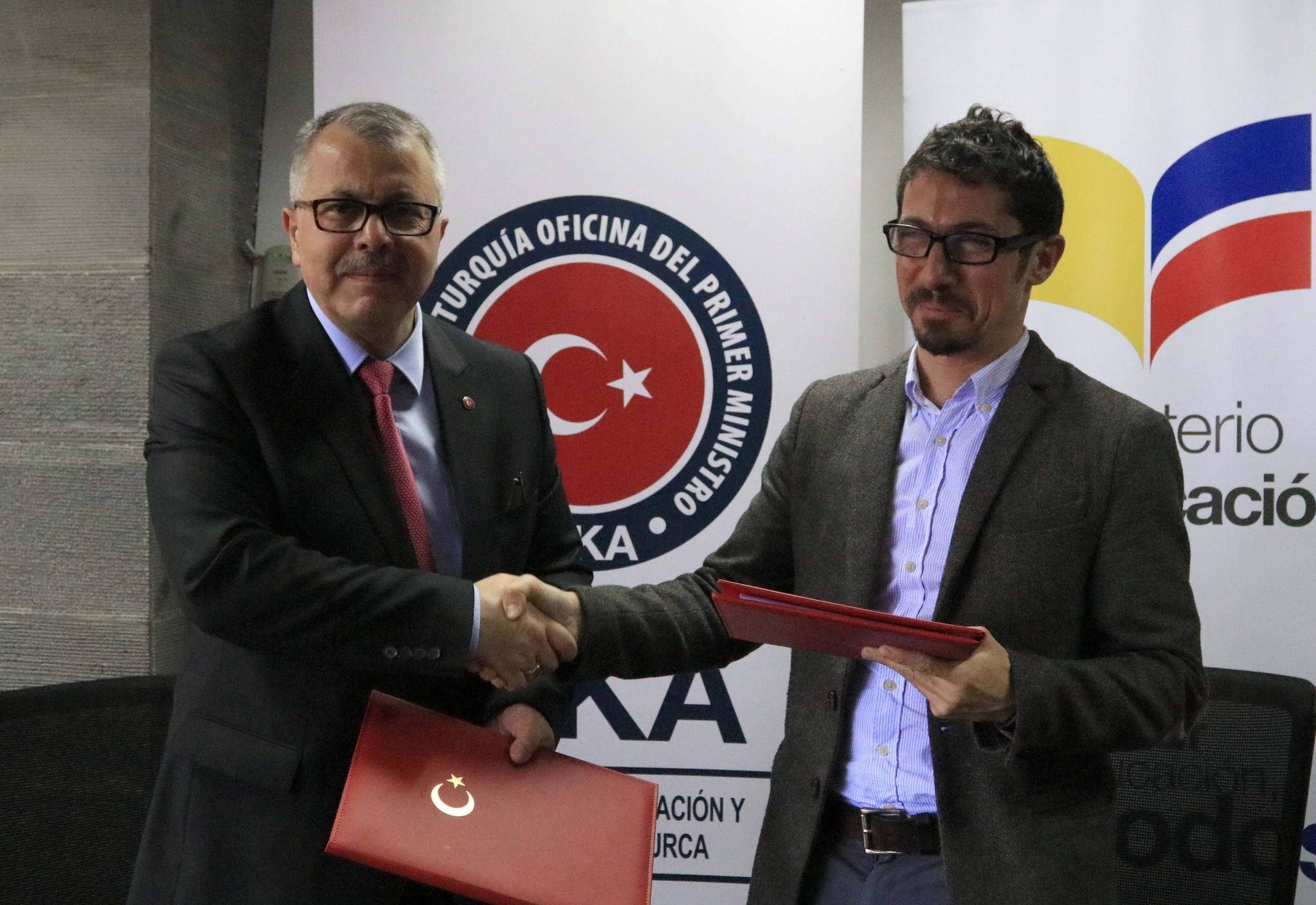 Ecuadoru2019s Deputy Education Minister Herrera (R) with Tu0130KA Deputy President u00c7etin. at the signing of a cooperation agreement.
by Anadolu Agency Mar 13, 2017 12:00 am

Ecuador's Deputy Education Minister Miguel Herrera said his country was deeply grateful for the aid sent by Turkey after last year's devastating earthquake, adding that he was sending a message of thanks to the entire Turkish nation for extending a helping hand in his country's most desperate times.

Speaking to Anadolu Agency (AA) after the signing of a cooperation deal between the Turkish Cooperation and Coordination Agency (TİKA) and the Ecuadorian Education Ministry, Herrara said every effort to help his country was deeply felt by his people.

"We are aware of the high standard of education in Turkey and are deeply interested in what we can gain from its expertise," he said. "We are also hoping for this agreement to further cement bilateral ties and especially cooperation in education."

Herrera said he had visited Turkey and knew it well, advising Turks to travel to his country. He said he had purposefully visited places that are not usually on the touristic trail. "I went to Istanbul and then moved on to Trabzon in the Black Sea. After touring the Black Sea coast, I went to Diyarbakır and Şanlıurfa. I know Şanlıurfa, which is known as the city of prophets, well and was impressed by it."

He said he enjoyed his time in Turkey, adding, "I don't like Turkey only as a country, but I also loved its people. They were full of kindness."

Soon after the earthquake, the Prime Ministry's Disaster and Emergency Management Presidency (AFAD) sent aid to the affected communities in Ecuador, especially those located in and around the cities of Calceta, Portoviejo and Manta. It had also sent mobile sanitation units to schools located throughout the region.
RELATED TOPICS