After coup attempt, a new generation of cadets emerges 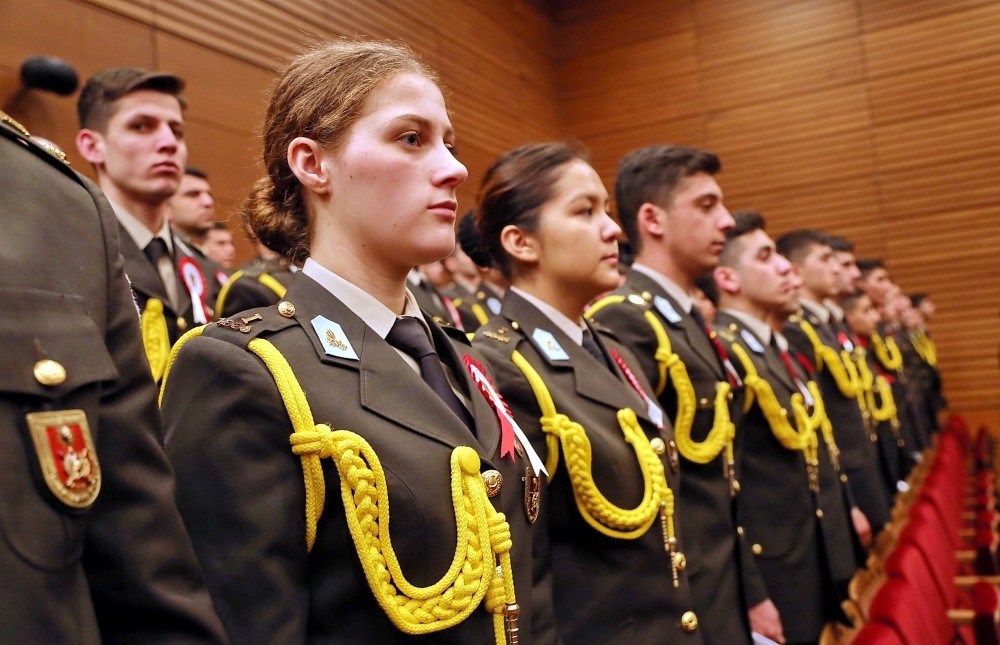 Cadets at the ceremony for the new school year at the Turkish Military Academy.
by Daily Sabah Mar 14, 2017 12:00 am
Months after Turkey managed to stave off a brutal putsch attempt, the country's most prestigious military academy opened its doors again to prospective officers.

The Turkish Military Academy that trains future generals of the army started its first school year yesterday in a ceremony attended by the army chief and new civilian managers of the school.

The academy, which counts both modern Turkey's founder M. Kemal Atatürk as well as leaders of the country's past coups among its graduates, was among the institutions that got a fresh start following the coup attempt. Now part of the National Defense University, the academy in the capital of Ankara underwent the most significant change in its history, which dates back to the early 19th century.

Speaking at the new school year ceremony, İsmail Güzeller, the general who serves as director of the academy, delivered a message touching both on the coup and Turkey's intensified anti-terror fight. "Those who tried to condemn our country to the darkness in line with their treacherous intentions are now in a place they deserve to be. Those who will guard the Republic of Turkey are here today. They are also in Gabar and al-Bab," he said, referring to a mountain in the southeast which has been a bastion of the anti-terror fight targeting the PKK and the Syrian town where Turkey-backed rebels fight Daesh.

During the coup attempt that killed 248 people, hundreds of military officers who joined the junta loyal to the Gülenist Terror Group (FETÖ) were arrested, and the army has dismissed thousands of others with links to the terrorist group who had infiltrators in the military, law enforcement, judiciary and bureaucracy. Authorities decided to impose more civilian control on military institutions following the putsch attempt, and military schools and hospitals were handed to non-military authorities.

Professor Erhan Afyoncu, a prominent historian who was appointed president of National Defense University, delivered the first lecture to the cadets at the ceremony and spoke about the "military and political genius of Atatürk," whose large portrait hangs on a wall at the academy's conference hall. Afyoncu noted that they have already reopened a military academy training fighter jet pilots and Turkey would continue "training honorable officers loyal to the state."

The ceremony ended with a video display of photos of those who died while confronting the July 15 coup attempt.
RELATED TOPICS