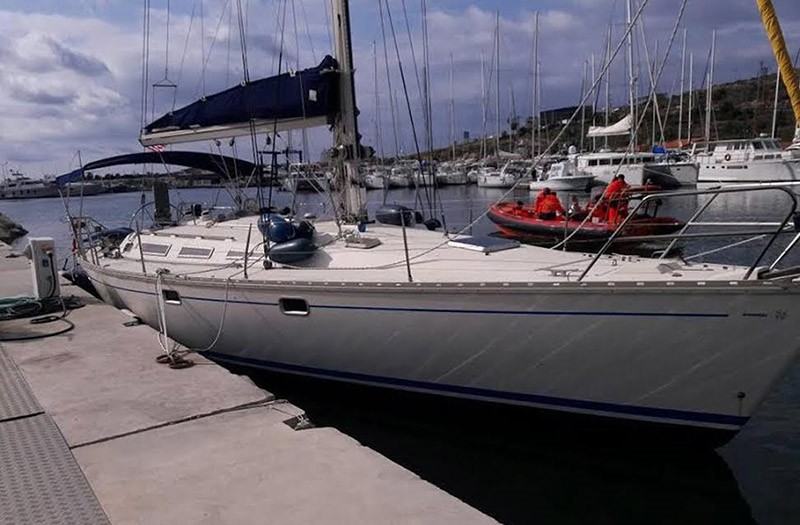 A total of eight human traffickers, who were planning to smuggle 83 illegal migrants to Italy, have been captured by coast guard units in the district of Çeşme in western Turkey's Izmir province.

Coast guard units launched an operation on March 13, detaining the eight human traffickers on a luxurious sailboat in Çeşme.

The four Ukrainians, two Iraqis and two Turkish citizens were referred to the court after necessary procedures were carried out at the police station.

The Ukrainian suspects claimed that they were on the boat only for touristic reasons and did not know about the ongoing human trafficking, while the two Iraqis said that they had met the Turkish boat owners while hitchhiking and were only visitors to Çeşme.

Questioning the suspects, who all denied the accusations, took about 12 hours, after which all eight were arrested.

Turkey's five Aegean provinces Izmir, Çanakkale, Balıkesir, Muğla and Aydın are the regions most frequently used by refugees leaving Turkey for the EU.

The EU-Turkey agreement reached on March 20, 2016, allows for the return of "irregular migrants" to Turkey from Greece, in exchange for Syrian refugees' relocation from Turkey to within the EU bloc.