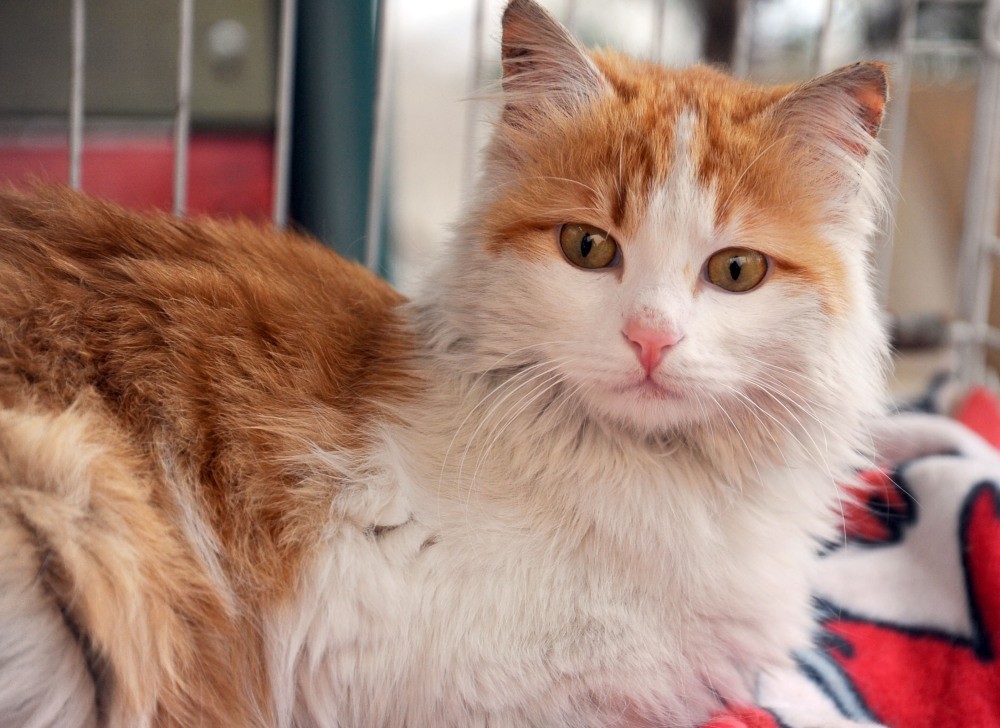 by daily sabah
Mar 24, 2017 12:00 am
A cat found injured in Syria by a Turkish soldier enjoys newfound popularity in its shelter in southern Turkey while adoption requests from around the world overwhelm the animal rights activists taking care of the kitten from the war-torn country.

The fluffy cat named "Barış" (Peace) by Specialist Sgt. Ömer Özkan, who found him in the ruins in Syria's al-Bab, was liberated from Daesh by the Free Syrian Army (FSA) forces backed by the Turkish military last year and spends its days in Gaziantep, a border city in Turkey. Gaziantep is home to a large Syrian refugee population but their popularity is apparently overshadowed by the kitten which is receiving adoption requests from other cities of Turkey, the Netherlands, Germany, Japan and Austria, among many others.

Cemal Güneş, a senior official of an animal rights association that offered a home for the cat, told Anadolu Agency (AA) they were meticulously assessing the requests to find "a true animal lover they can entrust the cat to."

Güneş said the cat was "tired and in a bad shape" when it was brought to them by Özkan and they then vaccinated the cat and offered him a comfortable home. "The soldier who brought him here returned recently to visit it and the cat recognized him instantly and jumped on him," Güneş recalled. He said the kitten suffered much from the ongoing conflict in Syrian and was "apparently shaken" because of constant gunshots and bombings in the country. "It looks like it feels safe again here," he added. Güneş said they were flooded with adoption requests from animal lovers after 8-month-old Barış's story made it to Turkish media outlets.

Barış is probably the only feline refugee from Syria in Turkey. The country hosts nearly 3 million refugees from Syria, the largest number of Syrian refugees in the world, and complains that the international community does not do much for the refugees. Europe is especially criticized for not increasing its quota for admitting refugees who fled the war with few possessions and little prospect of returning to Syria anytime soon.