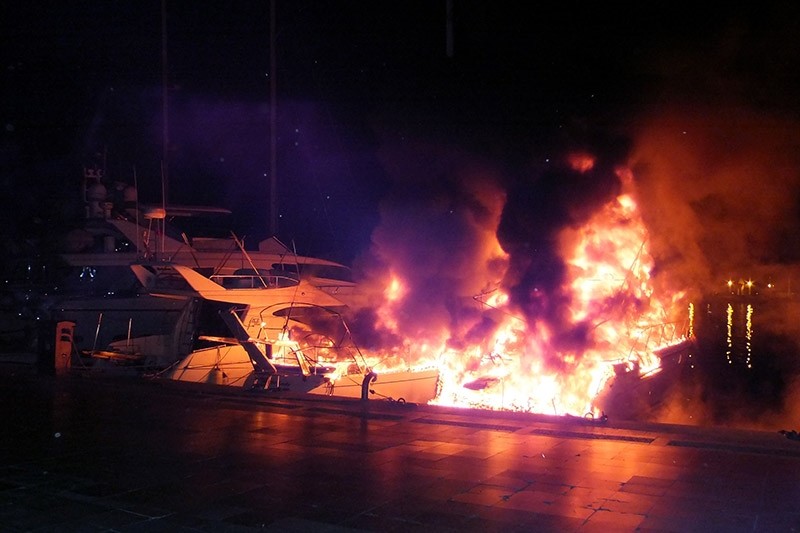 A British citizen who was arrested in connection with a fatal fire at a marina in the southwestern Turkish city of Marmaris has been remanded on homicide charges.

A court in the Aegean province of Muğla made the ruling Tuesday.

At 4:30 in the morning Monday, three yachts named White Lady, Cartano and Passion, were completely destroyed after a blaze engulfed Marmaris Marina in Muğla. It took firefighters three hours to extinguish the blaze.

A 63-year-old Turkish man, identified as Ekrem Gökçe, died in the fire on the Cartano yacht, while Türker Demir was injured.​

The court said the Billy C. would face charges of "negligent homicide."

The British national reportedly said in his testimony that he had been intoxicated when he entered a yacht to rest with his girlfriend, after which the two had an argument. He added that he could not remember how the yacht caught fire.

Rosie P.G. has been released under judicial restrictions.