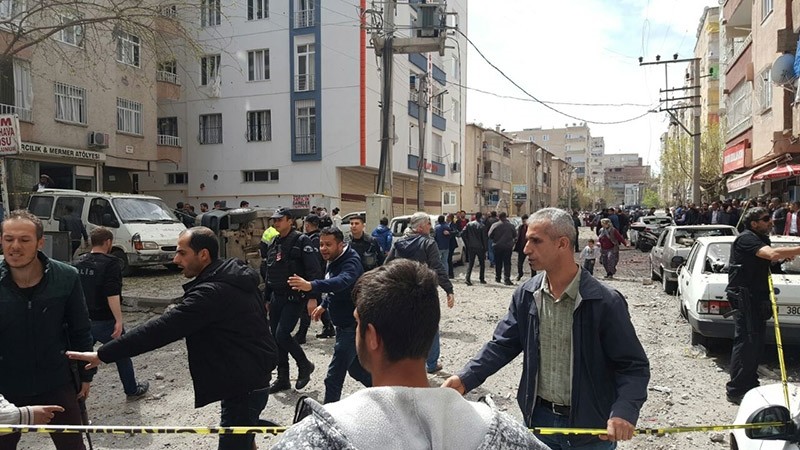 One civilian personnel died when an explosion occurred while an armored police vehicle was being repaired in the building of the Provincial Security Directorate Tuesday in southeastern Diyarbakır's Bağlar district.

Media sources reported that at least four people were injured.

The wounded were immediately dispatched to nearby hospitals for medical treatment.

Interior Minister Süleyman Soylu also confirmed that the explosion was not caused by foreign intervention, ruling out a terrorist attack.

Given the intensity of the explosion, some parts of the building collapsed, trapping one person underneath the wreckage.

Units of the Prime Ministry Disaster and Emergency Management Authority (AFAD) were also dispatched to the area.

Meanwhile, police warned citizens of possible gas leakage adding that they should refrain from using propane cylinders in their kitchens or smoking nearby the accident area.