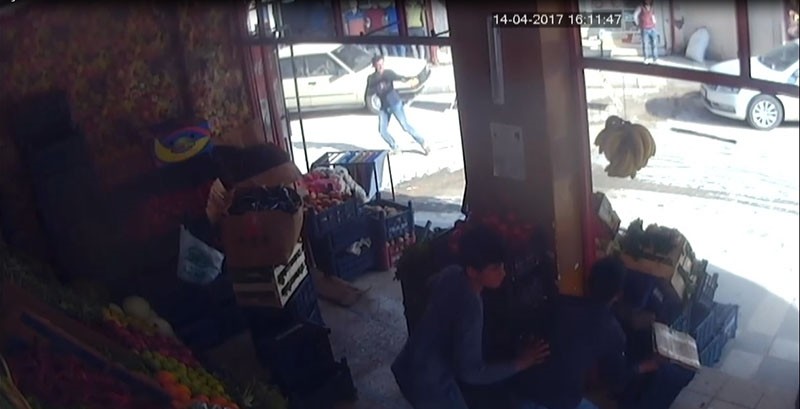 A bizarre defensive action took place in Turkey's southeastern Şanlıurfa province as a grocery store owner saved his life and defended his store against an assaulter armed with a shotgun by using tomatoes as weapon.

The incident, captured on video by security cameras inside the shop, took place in Akçakale district on April 15.

The assailant, identified as Mahmut P., opened fire on shopkeeper Mehmet Tosun with a shotgun after the grocer received a divorce from Mahmut P's sister.

Tosun started throwing tomatoes at the assaulter while three others inside the shop tried to hide behind the stands to avoid the buckshots.

Luckily, no one was harmed in the incident, though Mahmut P. was stopped when the people inside the shop chased him with batons and grocery crates.

Mahmut P. was later detained by the police.