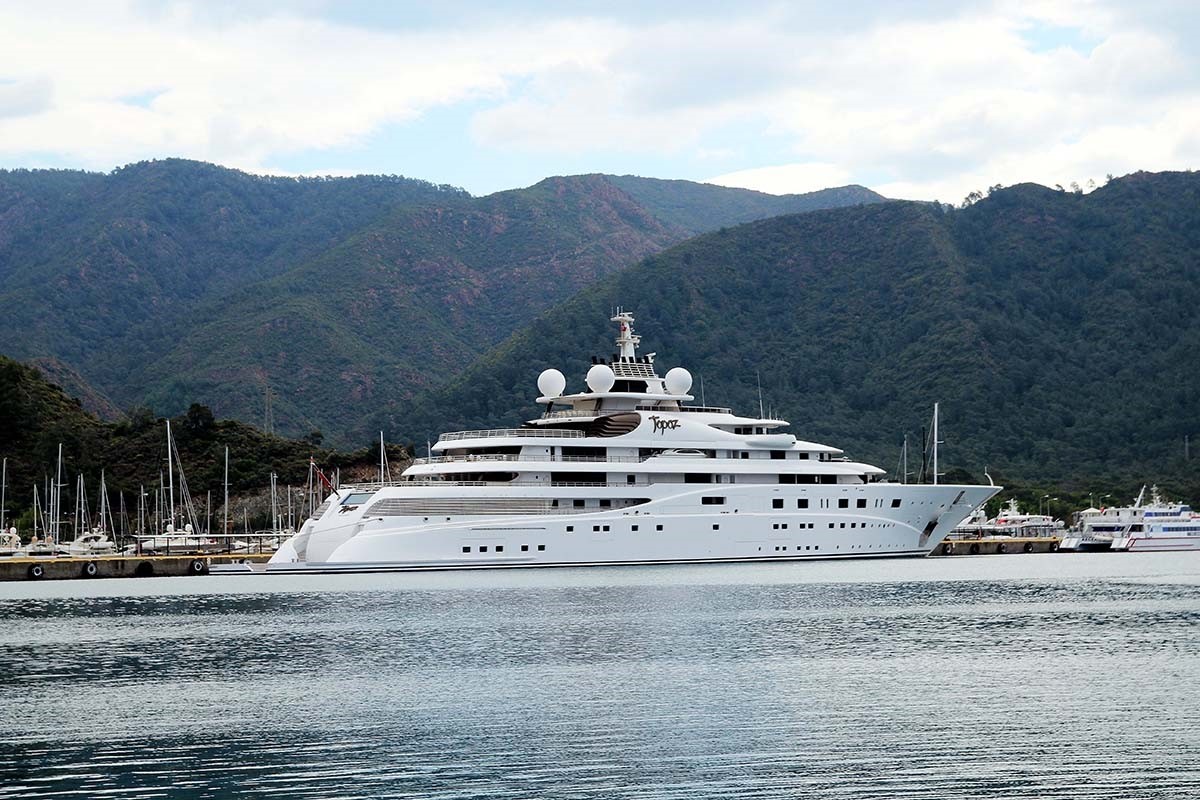 The 400 million Euro mega yacht belonging to Sheikh Al Nahyan, who is the owner of the Manchester City football club, laid anchor at the Marmaris customs port at around 10:00 p.m. local time.

Passersby flocked to the area to take pictures and selfies next to the luxury yacht.

The vessel was refulled early Sunday at the port with 10 tankers which brought fuel from the nearby Aliağa oil refinery, and also replenished its food and drink supplies.

Topaz, which operates with 40 active personnel, anchored three times in Marmaris in 2016.

The yacht can host up to 12 visitors in 6 luxury suites, which include bathrooms with gold-plated appliances.

It also has a helicopter landing pad, a swimming pool, hot tubs in every room, dining and meeting rooms, a fitness center and a library.

The relatives and close friends of Sheikh Mansour Al Nahyan were on board the yacht when it docked, while the Sheikh himself was not present, according to reports.

The yacht was scheduled to depart from Marmaris to the Greek islands at 2:00 p.m. Sunday.