Sea of Marmara turns orange due to natural phenomenon 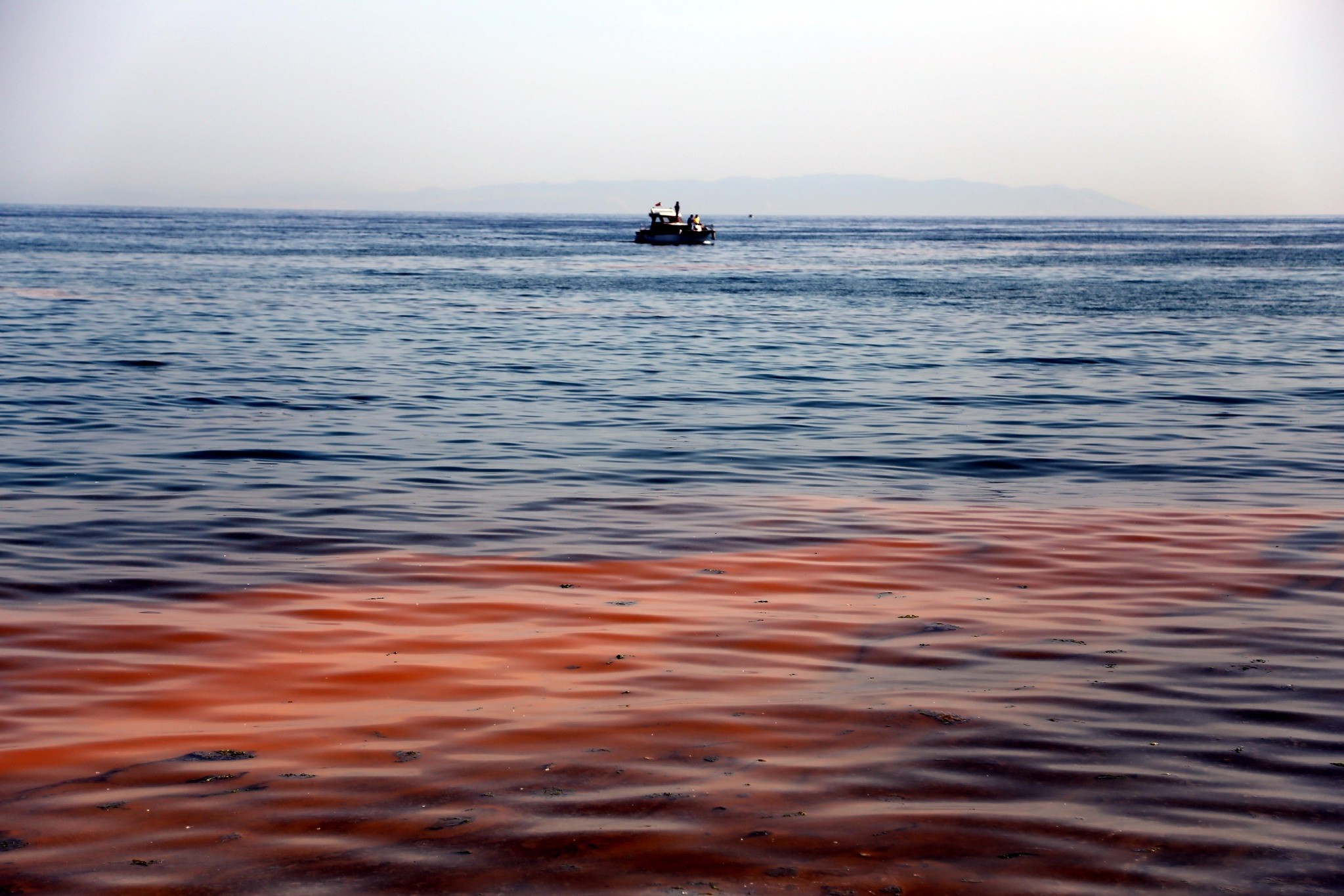 The Sea of Marmara, which connects the Black Sea to the Mediterranean via the Bosporus and the Dardanelles, has turned orange due to a natural phenomenon caused by microorganisms.

Seawater close to the shore near Tekirdağ in the eastern Marmara region showed strange streaks of orange color, leading outwards into the Marmara Sea, due to a multiplication of a special kind of plankton which cannot be seen with the bare eye, scientists say.

Locals are reportedly concerned by the phenomenon, wondering whether the discoloration had been caused by pollution from household waste or whether it arose due to chemicals disposed by a ship. However, as professor Dr. Sezginer Tunçer from Çanakkale Onsekiz Mart University (ÇOMÜ) explained, the phenomenon is caused by the rapid multiplication of a microorganism called "noctiluca," a single-cell organism with two flagella.

The "nocticula" optically resembles a medusa, but is a different species, Tunçer added. It can be found at all shores in Turkey and contains color pigments. When nature awakens in spring, the plankton too shows increased activity and can multiply rapidly, leading to an explosion of color in the sea. Tunçer stressed that this was an entirely natural event and that the colored water was nothing to worry about.

Different kinds of plankton can tint the sea in different colors, according to Tunçer. Natural discolorations caused by microorganisms can make ocean water appear to be orange, pink, brown, green or red.