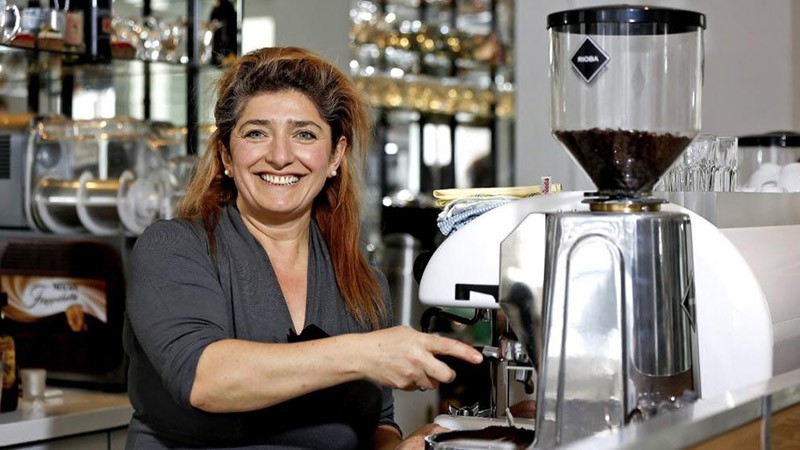 A 46 year-old Turkish businesswoman was found dead in a pool of blood in Duisburg Wednesday, according to newspaper reports. Investigations are ongoing, with German authorities stating that they are undertaking inquiries "in all directions," but the case so far remains a mystery.

Turkish café owner Birgül Düven was found lifeless Wednesday morning, lying in a pool of blood inside Café Vivo, favorably located in the city center of Duisburg, a German city in North Rhine-Westphalia. It was her cook who called the police when her employer did not open the café as usual and failed to respond to her calls and knocks. The place was locked, and when police finally entered the café, an emergency physician could only record the death of the victim.

A homicide squad has been formed consisting of 15 individuals, which is now conducting investigations. Police searched the crime scene and surroundings for traces of a weapon. The deceased was taken to a forensics analysis and the results of autopsy were available Thursday, reports said.

Police noted that the identity of the victim had been confirmed, pointing out that investigations were ongoing. Police representative Ramon van der Maat was quoted by German daily newspaper Bild, saying that in order not to endanger the course of investigations police did not want to offer information on the number of shots the victim had received and as to where she was hit. Unconfirmed reports state that Düven was shot in the head at least two times and that the shots had been fired from a short distance.

On Friday, German authorities were still handling the case in a restrictive fashion, passing on little information to the media, according to the German news outlet RP Online. Investigations are said to take place in "all directions" and to not rule out anything, including organized crime and extortion. A co-worker told Bild that she had no clue regarding a possible motive for the deed, as her boss had been friendly toward everyone. So far, the case seems to remain a mystery.

According to the Turkish newspaper Sabah, the way that Birgül Düven was killed resembles the NSU murders. In the period from 2000 to 2007, at least 10 small-business owners of mainly Turkish origin were murdered by a right-wing underground terror group calling itself NSU, with German authorities pursuing investigations in a biased manner, assuming links to organized crime, accusing the families of the victims and failing to identify the NSU terror organization as key suspect until 2011. In 2003, an innkeeper of Turkish origin had been severely wounded in Duisburg by a spring gun which might link the 2003 case to the NSU, in whose possession a similar apparatus had been found.