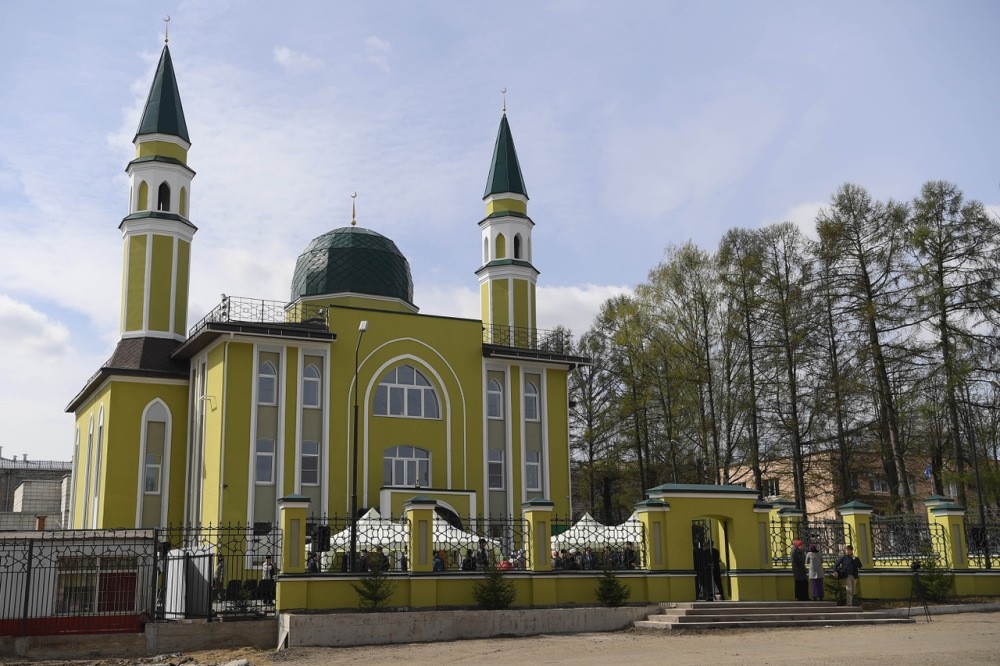 by Compiled from Wire Services May 06, 2017 12:00 am
A mosque built in the Russian city of Kostroma by Turkey's state-run Presidency of Religious Affairs (DİB) was opened Friday by DİB President Mehmet Görmez.

The Central Mosque in Kostroma, which is located some 320 kilometers (200 miles) northeast of Moscow, is Turkey's latest contribution to places of worship for Russia's Muslims, after the Moscow Central Mosque was opened in 2015 through the aid of the DİB.

Görmez, who was accompanied at the opening ceremony by Ravil Gaynuddin, the Grand Mufti of Russia, led the Friday prayers at the mosque and delivered a sermon.

He said the mosque held an important place in the lives of the Tatar Muslims in the area "who have preserved their faith and coexisted peacefully with followers of other faiths."

The mosque, built more than a century ago, was briefly home to Said Nursi, an influential Turkish-Muslim cleric who was a prisoner of war during World War I. Nursi was captured by the Russian forces occupying eastern Turkey while he lead troops to stave off the occupation and was later brought to Kostruma, where the Muslim Tatars lived.

In the repressive Soviet era, the mosque was demolished and a theater was built on the site. Ravil Gaynuddin called upon Turks to rebuild the mosque during a visit to Turkey in 1998. Mustafa Sungur, a close confidant of Nursi, spearheaded the rebuilding efforts and the DİB later provided the funds for its reconstruction. "Kostroma was home to 400 Turkish soldiers during World War I. These soldiers prayed here next to the Muslim residents," Görmez said at the opening ceremony.

The DİB president said that Russia's Muslims lived together peacefully with the followers of other faiths for a thousand years and that they should not allow the Islamophobia "plaguing the West" to "infiltrate these lands."
RELATED TOPICS