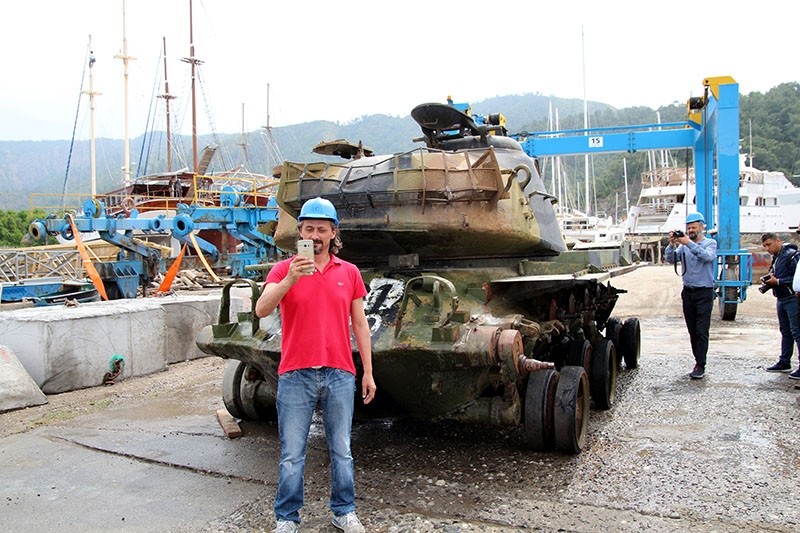 A Turkish tank which has served the country in both war and peace is to make one final contribution to the nation -- by being sunk off the coast of one of Turkey's hottest tourist spots.

The 76-year-old tank will be submerged in seven meters (23 feet) of water near the resort of Marmaris, located on southern Turkey's Mediterranean shore.

An M48 "Patton" A5 T1 model, it is hoped the tank will prove a draw for divers near and far.

Tuncer Uysal, the head of Marmaris Diving Centers' Association, told Anadolu Agency on Monday the defense ministry had donated 1941-produced tank, which had been stored hundreds of kilometers away in Konya, central Turkey.

"This tank has been in many missions in World War II. It has completed its mission after serving the Turkish Armed Forces for a long time," Uysal said.

"It will serve tourism, diving tourism and contribute to the ecosystem from now on," he added.

Once a suitable spot has been identified, the tank will go to its final resting place with the help of special balloons.

"We have received many requests to shoot the moment of sinking from the air and underwater," Uysal said. "It will be the first sunken tank in Marmaris and Turkey."

Mehmet Baysal, chairman of the Marmaris Chamber of Commerce, told reporters the tank would be sunk with a ceremony at one of six designated points in the district.

In July last year, an enormous Airbus A300 was submerged off the coast of Kuşadası, in Aegean Turkey's Aydın province.

The sunken plane was intended to both attract divers and tourists, as well as to provide an artificial reef for marine wildlife.