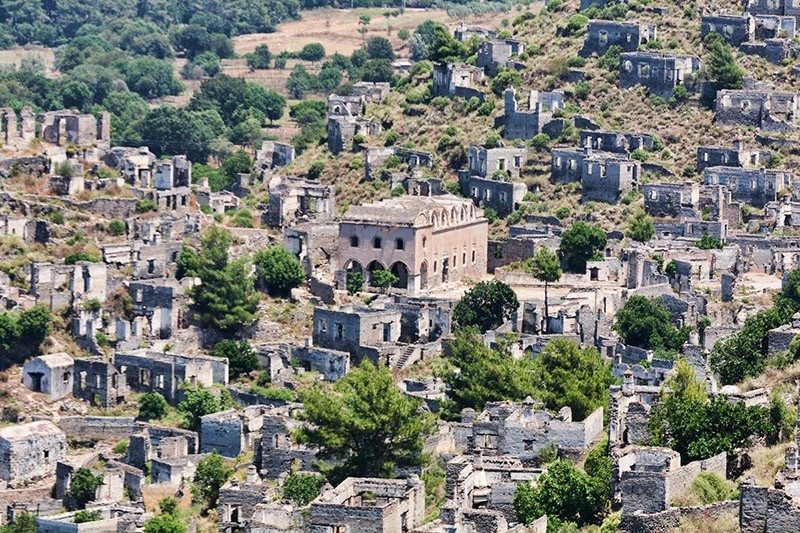 A popular tourist attraction in Turkey's southern Muğla province, known as the "Ghost Town: Kayaköy" is ready for reconstruction as local authorities seek to preserve one of the country's biggest natural and historic treasures.

According to Fethiye District Governor Ekrem Çalık, the reconstruction plan is included in the 2017 program.

"The work will proceed after the reconstruction plan is completed" Çalık said.

"The churches are closed because there is a threat of collapse. People's safety was directly under threat." Çalık said, adding that the Ministry of Culture and Tourism is conducting meetings for the preparation of the restoration project.

Three years ago the ministry started a bidding process to zone Kayaköy for construction, but abandoned the plan after public reaction. Ministry officials reaffirmed that Kayaköy's "reconstruction plan" has nothing to do with being zoned for construction since its purpose is preservation.

Tezcan Karakuş Candan, the head of Ankara branch of the Union of Turkish Engineers and Architects, explained that the current reconstruction plan seeks to preserve the tourist site and that new construction will not be allowed, which is why the culture and tourism ministry approved the plan.

Fethiye's Kayaköy village is one of the most special villages in Turkey. The village, which was predominantly host to a Greek population in the past, was among the important trade centers of the region. The village, formerly known as Levissi, is also known as a settlement that heals the sickly, due to the clean air it still maintains today.