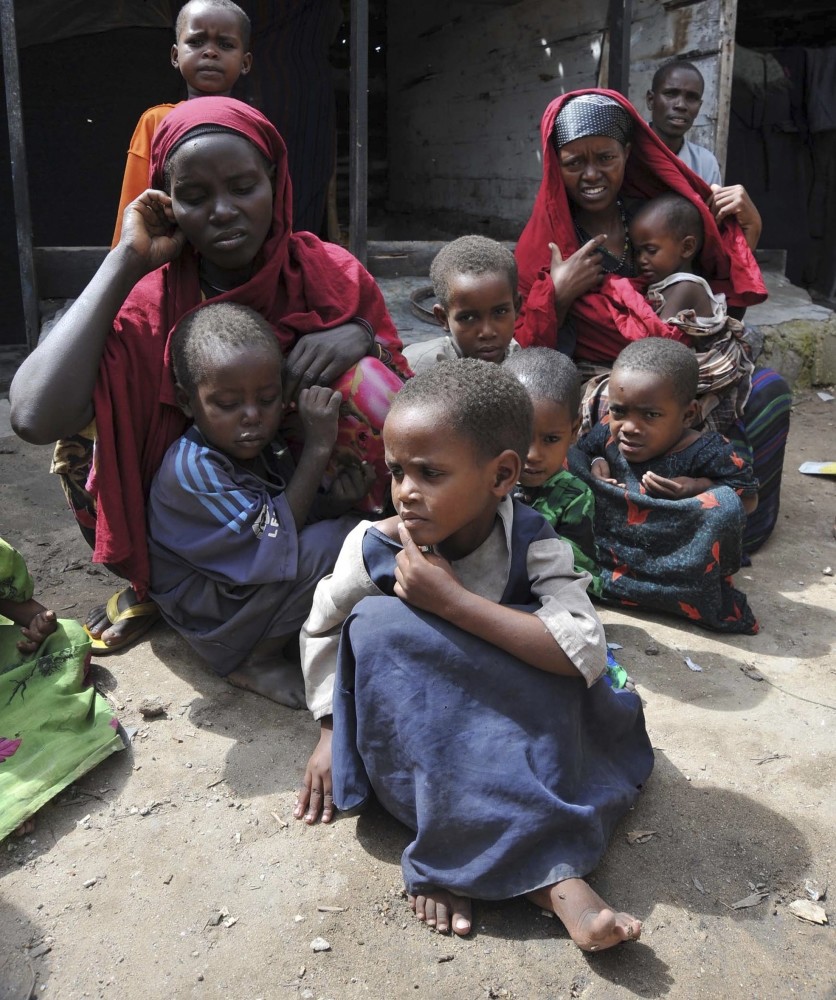 by Daily Sabah with AFP May 12, 2017 12:00 am
Prime Minister Binali Yıldırım joined his British counterpart Theresa May, United Nations Secretary-General Antonio Gutierres, representatives of the United States, European Union and African countries for a London conference in Somalia yesterday.

The meeting seeks to coordinate and improve efforts for the African nation, which is grappling with poverty, drought, terrorism and corruption according to Somalian President Mohamed Abdullahi Mohamed. The conference, focused on national security, political infrastructure, economic recovery and combating drought is being co-chaired by Mohamed, Guterres and May.

Turkey was at the forefront of an endeavor to deliver humanitarian aid to the country six years ago and since then has helped rebuild the country devastated by a past civil war, ongoing terror threats and chronic poverty. Under Mohamed, who was elected to office just this year, Somalia seeks to strike a new deal with international donors for security reforms as well as development aid.

Prime Minister Binali Yıldırım said at the meeting that Turkey would continue providing "strong support" to Somalia and will take part in international efforts for the country. He said Somalia needed a regular military in its fight against terrorism, reminding that a military training center built by Turkey will be operative in Mogadishu in September. Yıldırım said Somalia suffered from "an image problem" and the international community should work to prevent "Somalia from being remembered with negative headlines." He also called upon a review of the U.N. arms embargo and a deal on gradual drawdown of an international military contingent deployed in the country. The prime minister said aid alone would not help Somalia and sustainable economic development, national security and stability were key factors for the country's future. He also said they were confident that the new Mogadishu administration would use the resources allocated to them efficiently.

Antonio Guterres said the drought was Somalia's "most pressing priority" and appealed for an additional $900 million by the end of the year to prevent it worsening into a famine. "More than 6 million people in Somalia need assistance, or nearly half of the population," he said. The U.N. said last week that Somalia will have 1.4 million acutely malnourished children by the end of the year, up 50 percent from late 2016.

Under then Prime Minister Recep Tayyip Erdoğan, Turkey mobilized for Somalia in 2011 when Erdoğan became the first non-African leader to visit the country in decades. Following Erdoğan's visit in a year when about 250,000 people died in the famine, a donation campaign collected $300 million in one month for humanitarian aid to the country. Erdoğan also visited Somalia in 2015 and last year, and Turkey continued its aid campaign and diversified it with development projects. The country's development agency TİKA leads development efforts while Turkish and Somalian leaders signed a development cooperation agreement last month during President Mohamed's visit to Ankara.
RELATED TOPICS