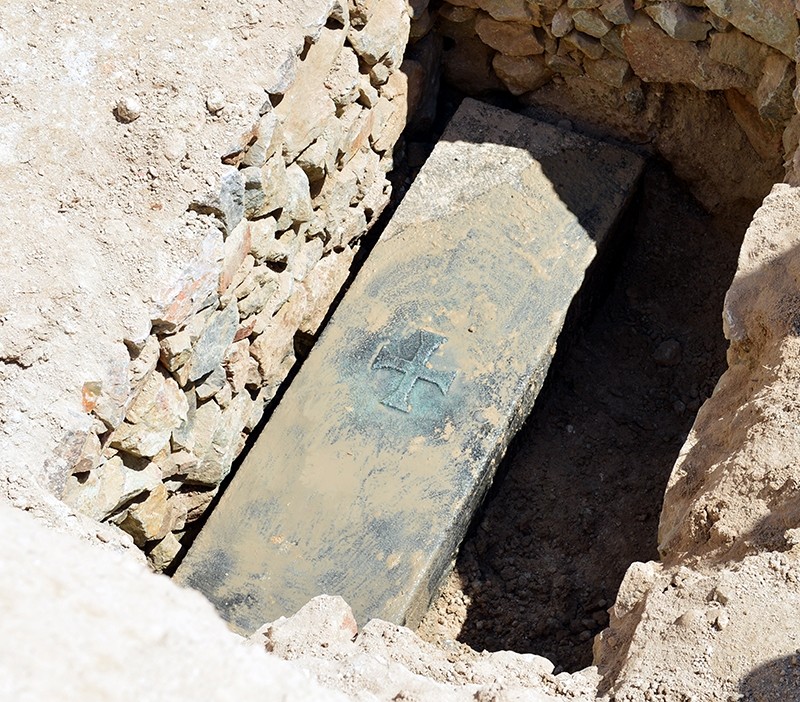 Gendarmerie teams successfully detained 12 treasure hunters who were trying to sell an ancient sarcophagus with an inscription of the cross for 4 million U.S. dollars in Turkey's northwestern Eskişehir province.

The treasure hunters reportedly found the sarcophagus during illegal excavations at an archaeological site in Eskişehir's Seyitgazi district and tried to sell it to undercover gendarmerie officials who posed as potential buyers.

Two of the suspects were released after bearing testimony, while 10 of them have been referred to the court.

Eskişehir Museum officials opened the sarcophagus under police supervision and found a skull and human bones inside the ancient tomb.

The sarcophagus is believed to be from the Byzantium period and will be transferred to Eskişehir Eti Archaeology Museum, which exhibits around 2,000 ancient artifacts from the Neolithic, Hittite, Helenistic, Roman, Byzantine, Seljuk and Ottoman periods.

Turkey is home to countless numbers of ancient sites from ancient civilizations and has made efforts to recover artifacts stolen, smuggled or legally transported to other countries.