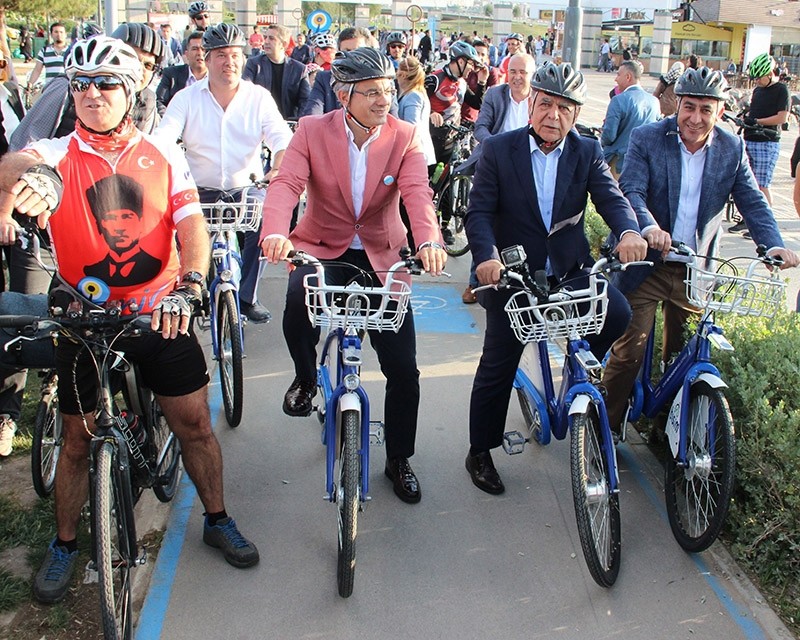 Western Turkey's Aegean city of Izmir won the 2017 European Cycling Challenge which took place between May 1 and 31.

The European Cycling Challenge is an urban cyclists' team competition, which takes place every year throughout the month of May. It is a competition between 52 European cities, where the city that 'rides' the longest total distance wins.

A total of 5,081 people participated in the challenge on behalf of the western city. The biggest contributor to Izmir's triumph was an Izmir resident cycling under the username 'Kymelria,' who rode 3754.6 kilometers in the last month.

Izmir Mayor Aziz Kocaoğlu encouraged the city's residents one week before the end of the challenge to get on bicycles and help Izmir win the European Cycling Challenge.