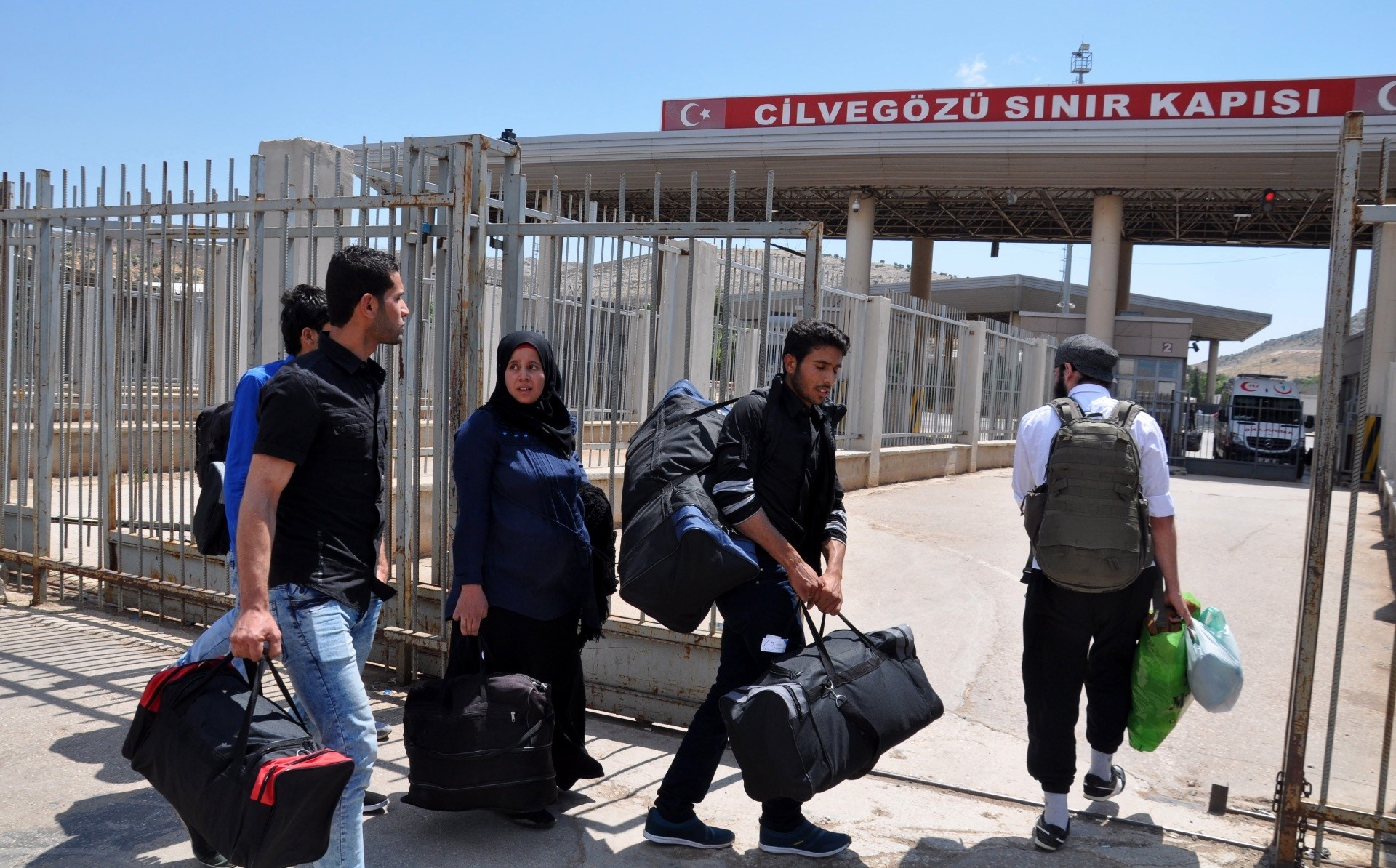 After sheltering in Turkey from the ongoing war, some Syrian refugees are willing to go back despite the security risks to observe the holy month of Ramadan with the loved ones they left behind.

The Cilvegözü border crossing in Turkey's Hatay province, a main crossing into Syria, which shares a lengthy border with Turkey, opened to crossings into the war-torn country yesterday. About 1,000 people returned to the country to spend a month and to observe Ramazan Bayramı, also known as Eid al-Fitr, the festival at the end of the sacred month. The local governorate has allowed crossings for Syrians until June 23, and returnees will be allowed back in starting July 3. Syrians are allowed to leave after they showed their "foreigner card," issued to foreign citizens staying in Turkey as refugees. The border crossing, near the southern city of Hatay, is located across from the Bab al-Hawa crossing north of Aleppo in Syria. With the exception of merchants and the injured, no one is allowed into Turkey from the Syrian side of the border, although Syrians returning home are allowed to cross into Syria.

Ata Abdurrahman, who lives in Hatay's Dörtyol district, says he is looking forward to observing bayram with his relatives in Syria's Idlib, which has been more or less devastated after six years of civil war in Syria. Wajdi Ali, on the other hand, will travel to Manbij, a city in the Aleppo governorate, to visit his parents and relatives. He says he plans to stay until the end of the three-day bayram celebration.

Turkey hosts nearly 3 million Syrian refugees, the largest number of all the countries in the region that have taken in refugees. It remains a safe haven for displaced Syrians, although the constant threat of violence spilling over the border has forced Ankara to restrict crossings. DAILY SABAH WITH İHA