Turkish man claims he has been fasting for 9,845 days straight 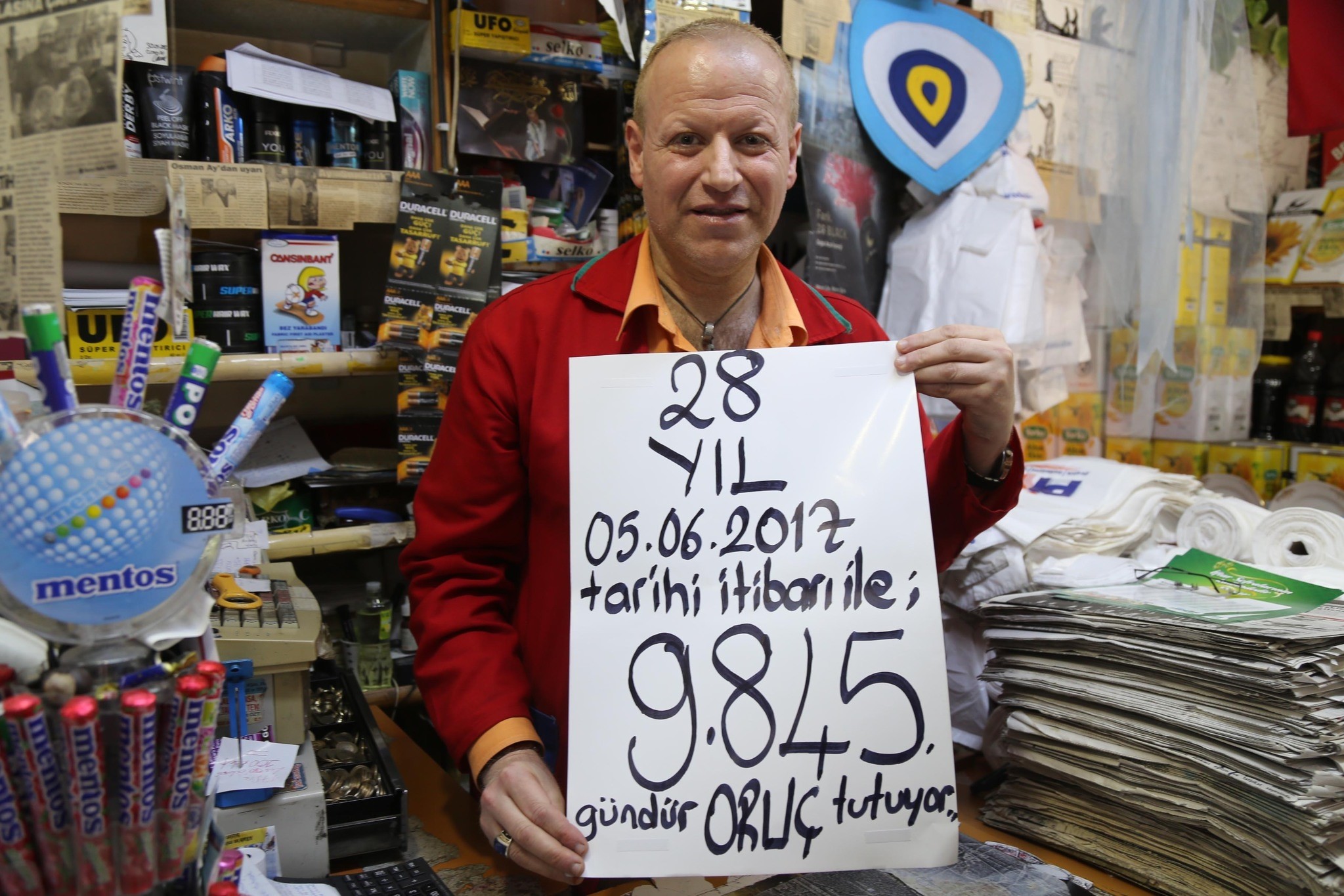 A Turkish man living in western Kocaeli province claims that he has been fasting for a total of 9,845 days without missing a single day.

50-year-old Osman Ay, who runs a market in Kocaeli's Gölcük district, said the turning point for him was when he saw 155 kilos (330 pounds) on the scale when he was a young man.

"I lost 70 kilos in four and a half months with a very strict diet and then decided to start fasting," Ay said.

After noticing significant improvements in his health day by day, Ay said he kept fasting continuously and does not experience any hardship now that his body has fully adapted to it.

Ay, known by his nickname "the fasting-man" in the neighborhood, said he has been since he was around 21 years old.

Fasting during Ramadan is one of the five pillars of Islam, along with the Muslim declaration of faith, daily prayer, charity and performing the hajj pilgrimage in Mecca. However, fasting continuously apart from the obligatory dates was not advised by Prophet Mohammed.

Muslims need to abstain from eating and drinking from sunrise to sunset while fasting. Even a sip of water, coffee or a cigarette can invalidate one's fast.