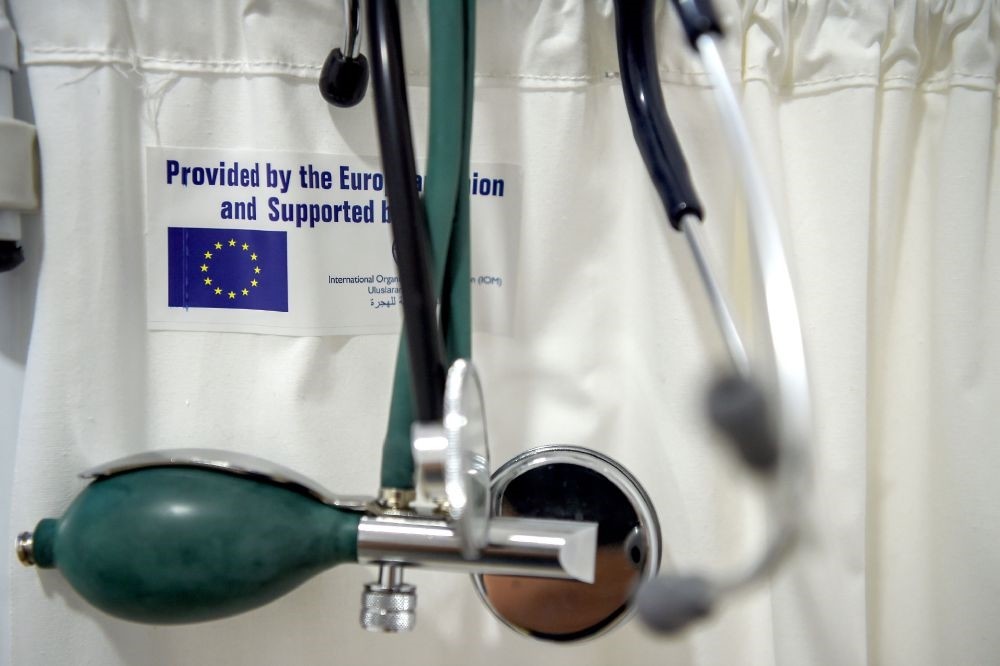 One year after sealing a deal with Turkey to curb the refugee influx to the continent, the EU has introduced one of the largest aid projects worth a mere 220,000 euros for a small group of the 3 million Syrian refugees in Turkey.

In a well-promoted ceremony yesterday in the southern city of Hatay, medical equipment donated to a clinic exclusively serving refugees was handed over to healthcare personnel. Ambassador Christian Berger, the EU delegation head to Turkey, attended the ceremony for the handing over of the equipment to the Saraykent clinic, which serves about 300 refugees daily. In a speech at the ceremony, Berger thanked Turkey for the hospitality it has shown to refugees. Berger said that the EU allocated 300 million euros for spending on healthcare for refugees in Turkey.

The clinic is run by Syrian doctors and nurses endorsed by the International Organization for Migration and Turkey's Health Ministry. It provides medical services to approximately 5,600 migrants and refugees each month in the city, which lies on Turkey's border with Syria.

Bayram Kerkez, the head of the local health authority in Hatay, said the clinic was set up in January and that they trained Syrian doctors and nurses. Turkish authorities say that apart from offering services to refugees, the clinic will relieve the refugee burden on the local healthcare system. Turkey has so far trained 368 Syrian doctors and 320 nurses and assigned them to refugee health centers in a bid to better address the healthcare needs of refugees.

Turkey and the EU signed a deal last year to decrease the refugee influx from Turkey to the continent where countries have different ideas over tighter border controls. Under the deal, Turkey agreed to take back migrants who crossed into Greece from the Turkish Aegean coast and send Syrian refugees to be settled EU member states. Turkey, however, has heavily criticized the EU for dragging its feet on commitments and slowing down the process to end irregular migration. The EU foresaw the admittance of 72,000 refugees from Turkey in line with the agreement. On the financial side, 750 million euros has been allocated so far for the care of refugees in Turkey, a small part of the pledged 3 billion euros promised to the country that has been a hub for refugees from the Middle East and Inner Asia due to its position as a gateway to Europe from Middle Eastern and Asian countries.