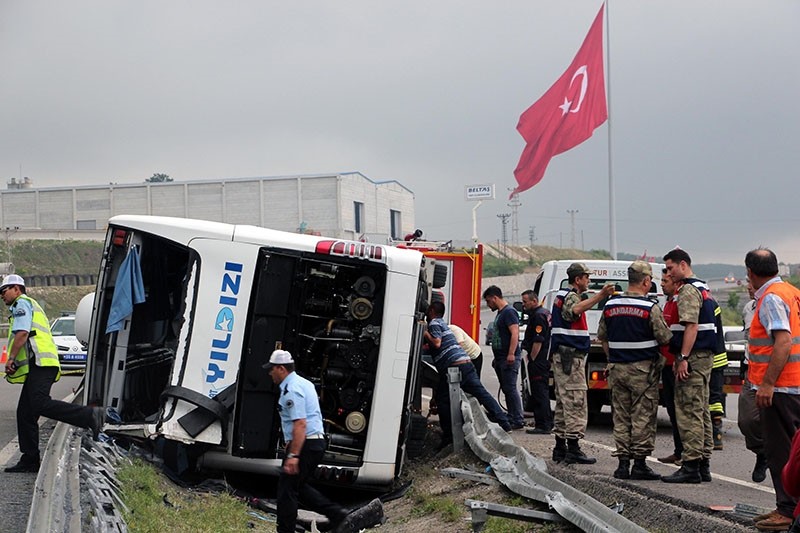 A bus carrying soldiers from the northern Turkish province of Tokat to Çarşamba Airport in the Black Sea city of Samsun overturned and landed in a drainage channel, injuring 47 people, including two who are in critical condition.

Many ambulances and rescue teams were dispatched to the accident scene on the Ankara-Samsun highway in Kavak district.

Most of the injured were treated on foot in Kavak State Hospital and discharged soon after, however, two soldiers in critical condition were transferred to Samsun May 19 University Faculty of Medicine Hospital by ambulance helicopter.

Samsun Governor Ibrahim Şahin said that the driver of the bus and one soldier were heavily injured in the accident.