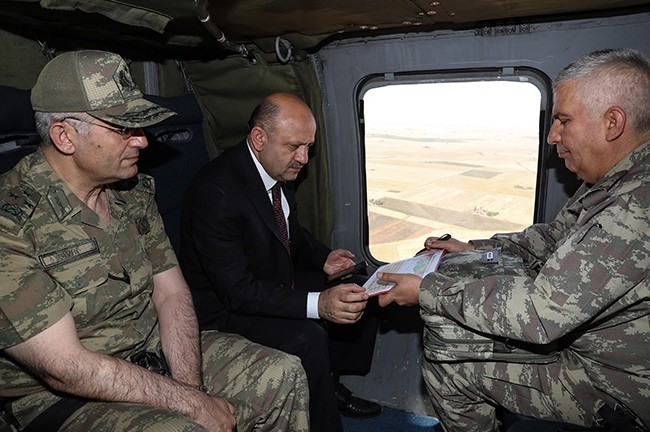 The construction of an 828-kilometer (515-mile) wall along the Turkish-Syrian border is drawing to a close, Turkish Defense Minister Fikri Işık said Sunday.

More than three quarters of the border wall has been completed, and the construction is expected to finish by the end of next month, Işık said during a visit to southeastern Turkish city of Mardin.

"So far, 690 kilometers [of the border wall] have been completed. It largely prevented illegal crossings and especially smuggling. We are finishing the wall, but we will not be content with just that. We will also implement an integrated border security system," Işık said

He added that the ministry was exploring various technological possibilities to ensure security at the borders, including digital and electronic systems.

The Turkish Armed Forces are boosting security on the Turkish side by erecting concrete walls, and on the Syrian side with coalition air forces, through Operation Euphrates Shield, which began on August 24 last year. The operation aims to provide security, to support U.S.-led coalition forces and to eliminate the terrorist presence along Syria's northern border with Turkey.