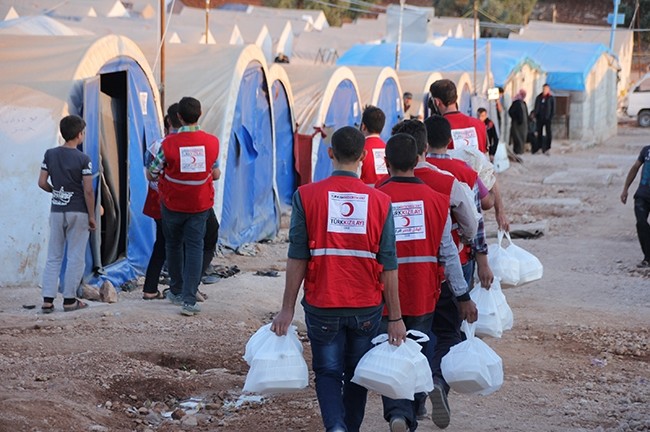 "Around 40,000 truckloads of aid material have reached millions of Syrians struggling for their lives under the shadow of conflict," Kınık said at an iftar, fast-breaking meal, celebrating the 149th anniversary of the organization's establishment.

The Turkish Red Crescent also distributes aid to three million Syrian refugees in Turkey and over six million people inside Syria, according to Kınık.

As part of a social orientation program, it also offers 820,000 Syrian people in Turkey regular financial support through Kızılay debit cards, which allow them to purchase essential goods.

Turkish President Recep Tayyip Erdoğan has hailed the organization for its humanitarian efforts.

Turkey hosts over three million Syrian refugees, more than any other country in the world. It has spent $25 billion in sheltering refugees since the beginning of the Syrian civil war.

Syria has been locked in a devastating conflict since early 2011, when Bashar al-Assad's regime cracked down on pro-democracy protests with unexpected force.

The Turkish Red Crescent is the largest humanitarian organization in Turkey and is part of the International Red Cross and Red Crescent Movement.