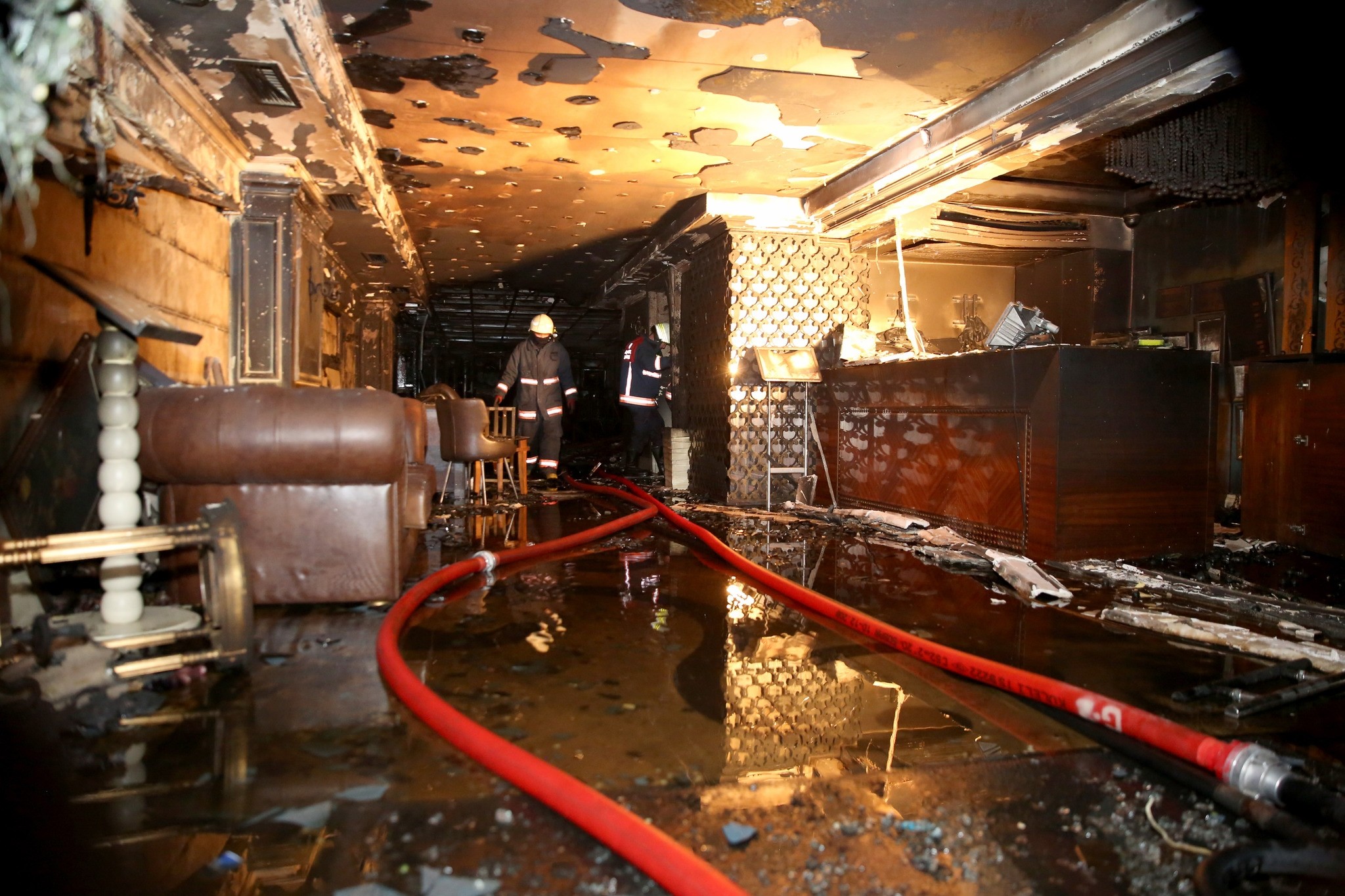 A fire broke out in a six-story hotel in the Kumkapı neighborhood of Istanbul's Fatih district on Tuesday, killing three people.

A woman who was injured during the fire died shortly after being taken a nearby hospital.

Two bodies, one of a Chilean national, were also found by firefighters after the fire was extinguished inside the building.

The owner of the hotel was arrested Wednesday over possible negligence, after media reports said that there were no proper fire exits and that the only fire escape had been locked.

A number of workers and guests at the hotel were briefly trapped on the upper floors because of the flames and heavy smoke.

Firefighters responded to the scene around 8:44 p.m. and immediately began evacuating and treating people. Nearly 35 people were rescued from the building.

Two workers who were affected by the smoke were treated in the ambulance.

According to media reports, the fire broke out due to a tea boiler, which caused a blast after it overheated.