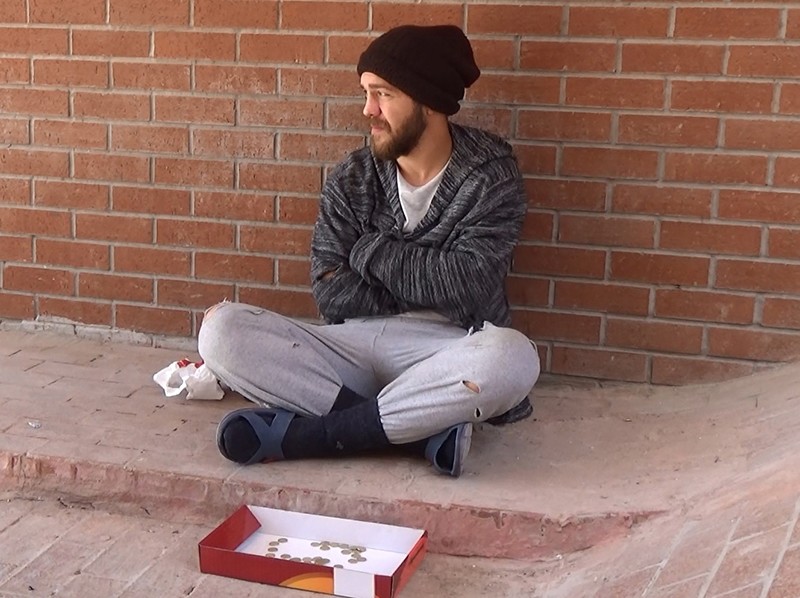 Two journalists in Turkey's Kocaeli and Bolu provinces collected around 159 Turkish lira ($45) over two hours while posing as beggars. The experiment was part of a research into begging in Turkey, which made headlines after beggars were caught with large sums of money.

Journalists Hızır İlyas Yıldırım and Cemal Kaplan decided to try the social experiment after reading about a beggar in Bursa who was caught with almost 30,000 Turkish lira ($8,500) in cash.

The beggar Mehmet Cahit Öztalın was picked up by police outside a Bursa mosque. Police found six bags of loose change and money amounting to 30,000 Turkish lira stashed in special pockets that he had sewn into his jacket and pants. It was also discovered that Öztalın had five bank accounts with funds which together amounted to a further 450,000 Turkish lira ($127,000).

In another recent case, a beggar who often stood outside Istanbul's Şişli metro station was caught on camera wearing an expensive-looking suit in Taksim. The beggar wore old clothes and carried a walking stick while begging in Şişli and then changed into the suit and bought alcohol from a store.

The two journalists dressed in old, ragged clothes and carried a crutch to appear ill or disabled. They then began begging in parks and outside mosques, saying, "Will you give some money for bread?"

The police took Kaplan off the street in the city of İzmit and confiscated the 83 Turkish lira that he had earned through begging.