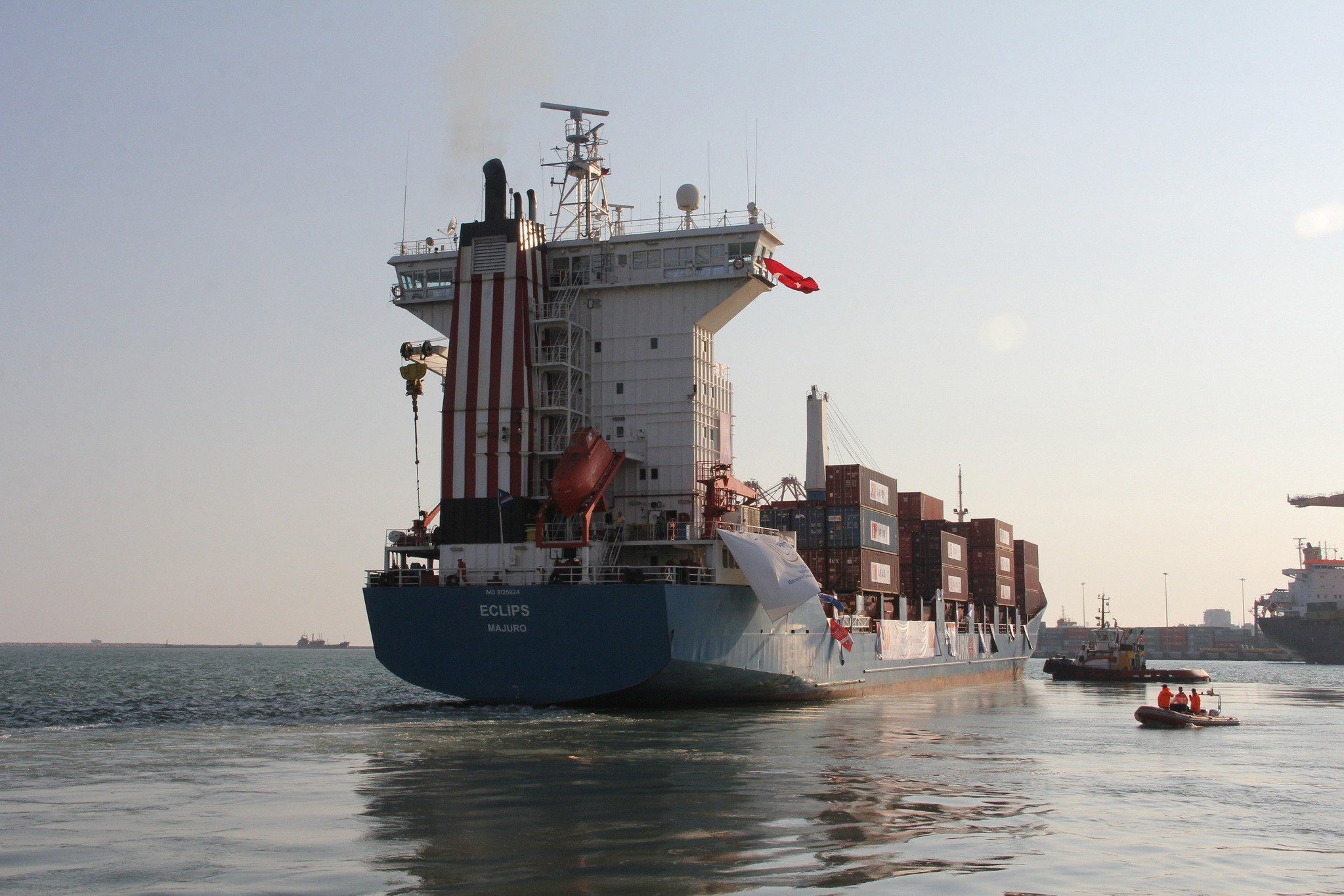 The ship left the port of Mersin Sunday and is scheduled to arrive in Gaza before Eid al-Fitr.
by Daily Sabah Jun 19, 2017 12:00 am

A cargo vessel carrying 10,000 tons of humanitarian aid en route for Palestinians in the Gaza Strip left a Turkish port yesterday. The ship, which will offer relief to families suffering from the Israeli blockade, is expected to arrive at the region before the Muslim festival of Eid al-Fitr

Fourteen days after a ship departed with humanitarian aid for poor Somalis, the port of Mersin in southern Turkey saw off another aid vessel. Yesterday officials including Deputy Prime Minister Veysi Kaynak attended a ceremony to see it off to the Palestinian Gaza Strip, which is suffocated by an ongoing Israeli blockade that was worsened by recent Israeli offensives crippling daily life in the city. The ship carries 10,000 tons of humanitarian aid and is scheduled to arrive in Gaza before Eid al-Fitr, the Muslim festival that marks the end of the sacred fasting month of Ramadan.

The ship, organized by the state-run Disaster and Emergency Management Authority (AFAD), which oversees aid efforts for troubled regions across the world, is the latest Turkish effort to help Palestinians. Turkey already plays an active role in providing help to the Gaza Strip under the Israeli blockade and sent another ship carrying humanitarian aid to Gaza before last year's Eid al-Fitr.

In recent years, Turkey stepped up its international humanitarian outreach, making it onto a list of most generous countries in 2015 and 2016 as it spent $6.5 billion on humanitarian aid, a high figure compared to the country's gross national income.

During the Islamic holy month of Ramadan, Turkish aid agencies reached millions of people across the world with food aid. The Turkish Red Crescent provided free fast-breaking meals to people in the Gaza Strip and in war-torn Syria's Idlib, while humanitarian aid ships are regularly being dispatched to disadvantaged families in Palestinian territories, Somalia, South Sudan, Kenya, Ethiopia and Yemen.

Ramadan is an Islamic month of giving, and the wealthy, local administrations and NGOs in Muslim-majority countries often spearhead aid campaigns for the poor during the month. The "fitr "or "zakat al-fitr" paid in the name of the festival is a lesser form of the "zakat" - the obligatory charity, alms, given to the poor by every Muslim who can afford it - during the holiday at the end of the month.

Since 2007, the Gaza Strip has suffered a joint Israeli-Egyptian blockade that has deprived the enclave's roughly 1.9 million inhabitants of their most basic needs, especially food, fuel, medicine and construction supplies. The Gaza Strip largely depends on foreign aid as the economy has stalled under the Israeli blockade, and apart from small industries, industrialization is almost non-existent.Apart from food packages, clothing, medical equipment, Turkey also offers more permanent solutions to Palestinians' problems, such as building hospitals and setting up an olive oil plant for farmers. A hospital built by Turkish development aid agency TİKA, which will be one of the biggest in the region, is scheduled to open later this year in the Gaza Strip, where hundreds were injured in 2014 in Israeli airstrikes. The aid agency also seeks to accommodate Palestinians who have lost their homes in Israeli airstrikes. A total of 320 apartment flats under construction, which will cost some $13 million, will be handed over to families soon. Housing units are being built in an area of 20,000 square meters in a Gaza village.