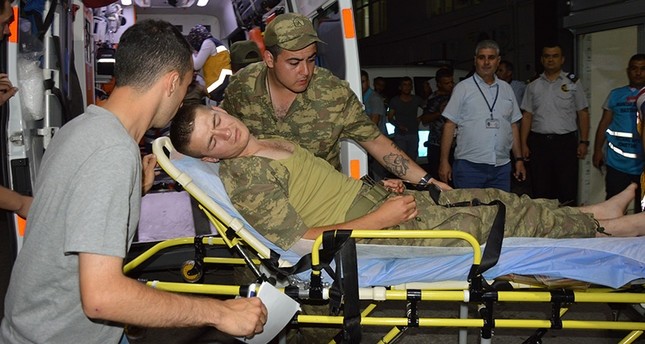 The detained soldiers were in charge of the food inspection department, the investigation into the incident revealed.

Separately, six workers from the catering company were arrested, and three were released under judicial control. The CEO of the company was also among the arrested.

21 people - including executives and quality-control officials -- working for the catering company that provided the tainted meal had been detained on Sunday as part of the investigation into the incident.

Last week, 731 soldiers were hospitalized following complaints of nausea, diarrhea and vomiting at the First Infantry Training Battalion Command in Manisa. The soldiers' complaints began following a dinner on Friday.

Shortly after the incident, the Manisa Governorate announced that food services from the catering firm were suspended and meals would be provided to the base temporarily.

None of the soldiers hit by the bout of food poisoning are in critical condition, doctors have said.

On May 23, more than 1,000 soldiers were also hospitalized in the same military compound after consuming the food and one death was reported.