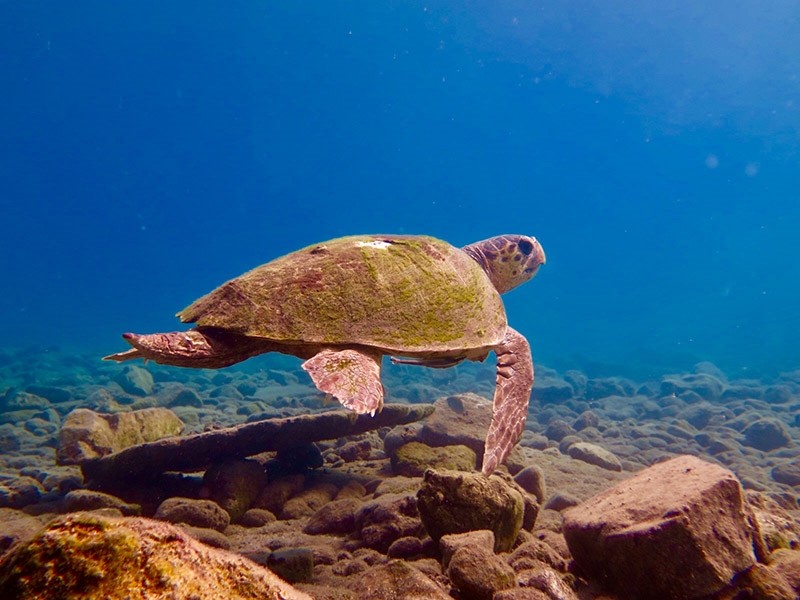 Swimmers off beaches in Turkey's southern Antalya province have been attacked by an unusual predator, not sharks but loggerhead turtles.

Ten people have reported the turtle bites, which are not a serious health concern.

Scientists say that the turtles are particularly attracted to people with light-colored skin, because they can mistake them for jellyfish.

The biting incidents happened on the beaches of Lara, Belek and Side.

Dr. Mehmet Gökoğlu of Akdeniz University said that the angle of light in the afternoon, and the cloudiness caused by wind beating against the sea, has made it difficult for the turtles to see clearly.

Gökoğlu recommends that swimmers stay away from the sea between 3 p.m. and 4 p.m., when the angle of the sun affects the turtles' vision.

The Ten local and foreign tourists who were bitten applied to local hospitals for treatment, but Gökoğlu notes that the bites only leave a small mark or bruise.

"No one's been eaten by a turtle, and no one's skin has been broken. The turtles run away as soon as you move anyway," Gökoğlu said.

"Our tourism should definitely not be negatively affected by this situation," he continued by saying and , added:ing, "The fact that loggerheads are swimming in this water with us is the best proof that the area is clean and that natural life is surviving here."

The loggerhead breeding season means that they are concentrated around the area closest to the shore, and the warmer water means that the turtles are searching for more food, according to Gökoğlu.

Noting that the turtles are merely confused and do not bite people intentionally, Gökoğlu says, "We will continue to see loggerheads on our shores until September. Every rose has its thorn."

There are approximately 20 sites worldwide where loggerhead turtles nest and lay their eggs, from which the young turtles then crawl back into the sea en masse, and protecting the turtles is at the top of Turkey's environmental agenda.