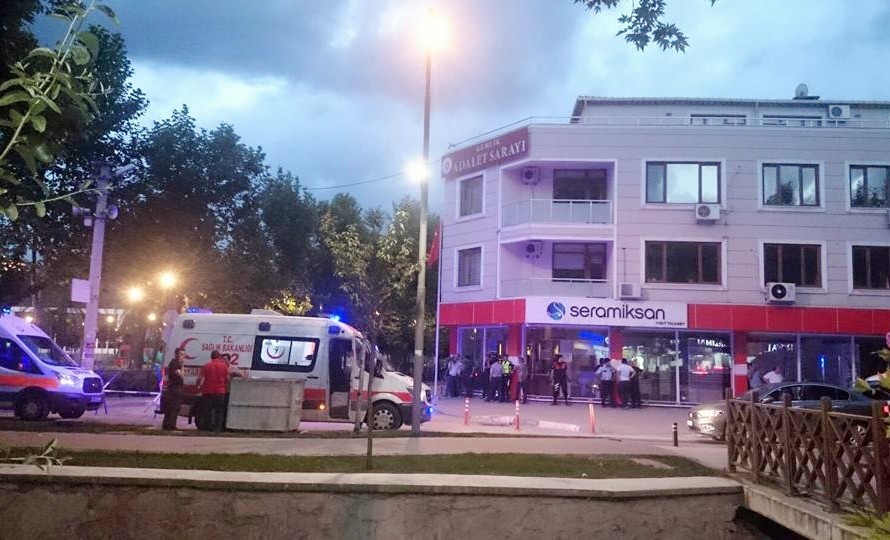 A 37-year-old man killed a police officer and a lawyer in Gemlik district of Turkey's northwestern Bursa province late Tuesday.

Musa Güler, who lost a 42,000 lira ($11,700 US) foreclosure lawsuit involving his ex-wife Emine Deş reportedly called her and told her that he "will not allow her to enjoy the money."

He shot Deş with a rifle, and left the house. Deş suffered injuries, a statement by Bursa Governorate said.

The man rushed to the courthouse to kill his former wife's lawyer Özgür Aksoy, and killed a police officer who tried to stop him.

The police killed in the attack was identified as desk sergeant İdris Büyükdönme, Anadolu Agency reported, adding that the attacker committed suicide afterward.

Security forces were deployed to the area, as crowds gathered in front of the courthouse, mistakenly thinking that the incident was a terror attack.