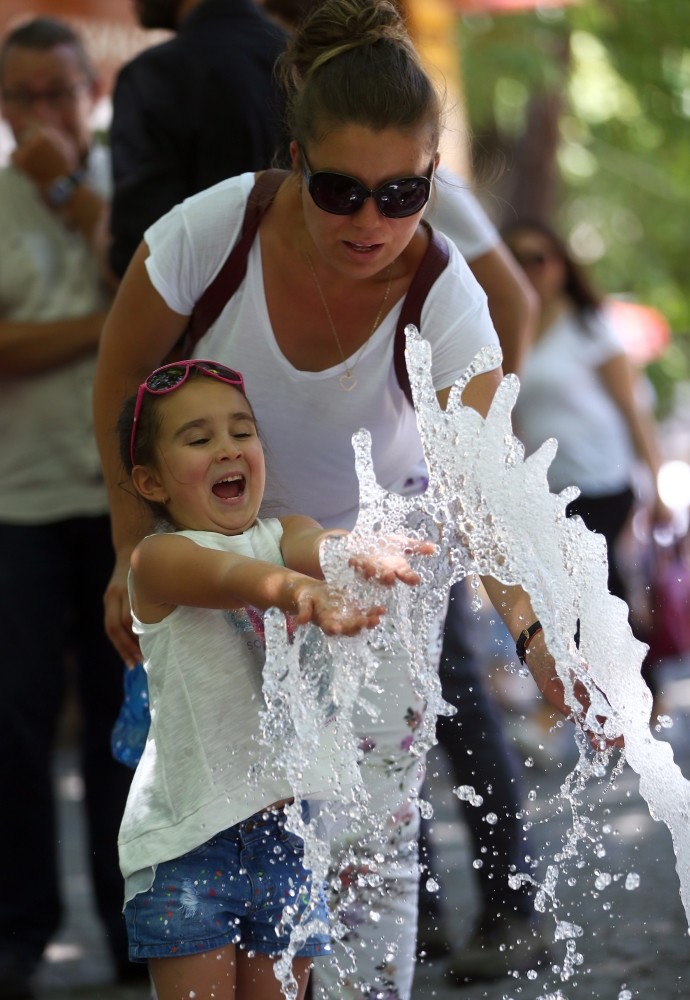 The elevated temperatures of the past few days are expected to be replaced with heavy rain in the west of the country today. Rains, having started in the northwestern towns of Tekirdağ and Edirne yesterday afternoon, are expected to move toward Istanbul and Bursa today, bringing a drop of between 2 and 4 degrees Celsius in temperatures.

While nowhere near the over-40 degrees that forced people indoors over the weekend, temperatures will still hover around the lower 30s in the coastal areas of the west.

In Istanbul, the temperature today is expected to be 33 degrees Celsius, while in Ankara, it will remain around 40 degrees Celsius. In İzmir, on the Aegean coast, and the southern Antalya province, temperatures will be 37 degrees.

The southeast will continue to suffer from the African hot weather front, with temperatures expected to be around 42 degrees Celsius. Many provinces in central and southeastern Anatolia announced holidays for the elderly, the pregnant and those with chronic diseases due to the weather.

Meanwhile, in the east of the country, temperatures will increase between 5 to 7 degrees in the coming days, with Tunceli expected to hit 41 degrees Celsius.