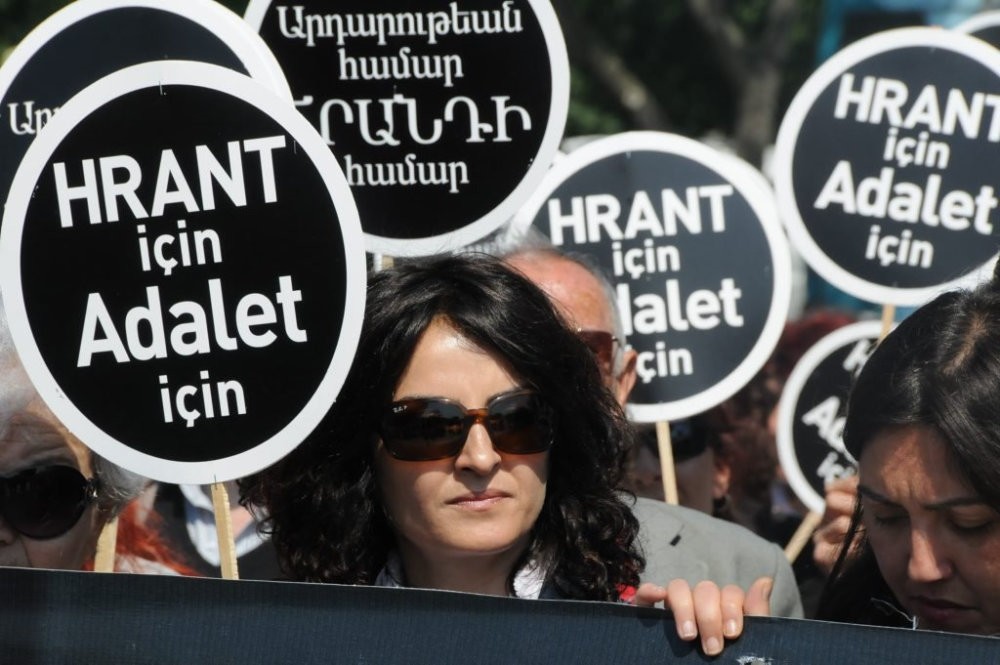 An Istanbul court Monday began the retrial of 85 suspects involved in the murder of Armenian-Turkish journalist Hrant Dink on Jan. 19, 2007. Dink, the editor-in-chief of Armenian weekly Agos, was shot and killed by a teenage nationalist militant from Trabzon by the Black Sea, but later it was found that local and Istanbul law enforcement officials were also complicit in the assassination.

After repeated pleas by the slain journalist's family, a new investigation was opened that found that the instigators of the murder and several former police chiefs were accused of covering up intelligence that led to the murder. The imprisoned police chiefs are all linked to the Gülenist Terror Group (FETÖ), which allegedly sought to use the murder for its own purposes, namely to incite ethnic tensions. The group's goal of a reshuffle in the police department would have facilitated the planting of its own infiltrators who could then associate the murder with a gang its infiltrators in the judiciary and police had created, and designed to imprison critics of Fetullah Gülen, who currently lives in Pennsylvania, U.S.

The case was already tainted with allegations of cover-ups, since it was handled by prosecutors linked to the terrorist group. Gülen, already indicted in multiple trials related to the July 15 coup attempt blamed on a FETÖ-linked military junta, is also accused of being an "accessory to murder." Among the suspects are former prosecutor Zekeriya Öz, who infamously targeted military officers and government officials through doctored evidence. He is now believed to be sheltering in Germany.