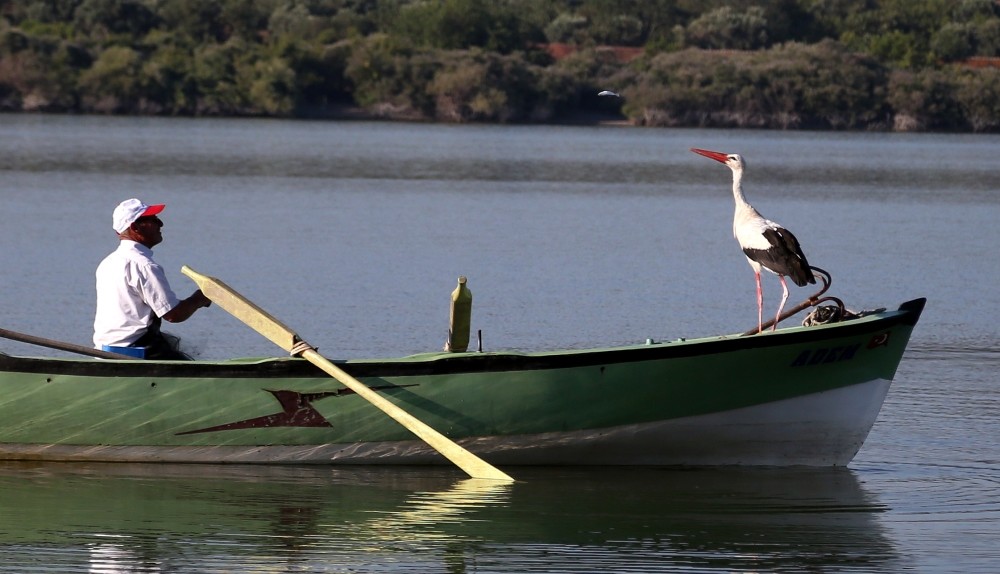 Some people believe that storks bring good luck, and for one aging Turkish fisherman, this might be true. For what greater fortune is there than a devoted friend?

For the past six years, Adem Yılmaz, 64, has been enjoying a friendship with a white stork in a village called Eskikaraağaç in Turkey's northwest province of Bursa.

Eskikaraağaç is known locally as "the village of storks," and in 2011 it joined the European Stork Villages Network. 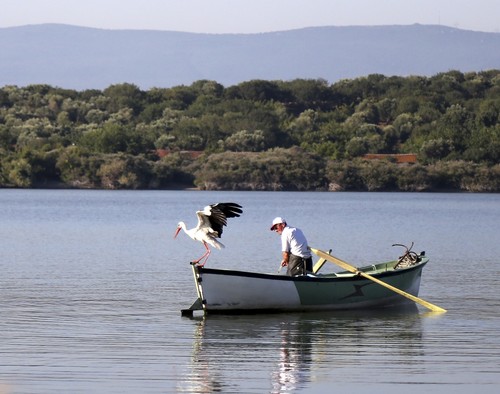 EuroNatur, a German-based nature conservation group, added it to the network to motivate villagers to protect the white stork and the landscape of Lake Uluabat, which is well known for its rich biodiversity.

For 10 years Yılmaz has been catching fish from his boat to make a living in Lake Uluabat, which his village projects into on a peninsula.

"My friendship with a stork started six years ago. Since then, every morning, just after daybreak, I have been feeding my stork," he told Anadolu Agency.

"When the stork settled on the boat for the first time, it took me by surprise. Because this had never happened before. I felt she was hungry and gave her some fish," he said.

Since that day the white stork became a regular on the boat every morning, during the half-year she spends in Turkey.

Yılmaz said that even though the stork goes away for six months each year, when she gets back she finds him immediately and the friendship picks up right where it left off.

"Even if I'm 10 kilometers away on the other side of the lake, she finds me," he said.

He said this comes from the genuine bond formed between them. "Out of more than 50 storks, only that one comes to me. We know and love each other, and she doesn't settle on any other boat, only mine."

He also told how she gets jealous of other storks.

"One day another stork came and stood beside her on my boat, but she didn't let her come again," he recalled.

He named her "Yaren" in Turkish, meaning "close friend."

In general, Yılmaz said he finds storks to be "cute, domestic and emotional."

As for Yaren, he said despite their closeness, she is wary of being touched.

"When I try to come near, she always shies away from me. If I insist, she flies away," he said.

"I love her so much, and when I call her name she feels it and looks at me," he added.

Amid the sounds of the graceful storks, he said he feels sorrow that in a month Yaren will be leaving for Africa, but he will be awaiting her return. "It makes me so sad," he said emotionally.