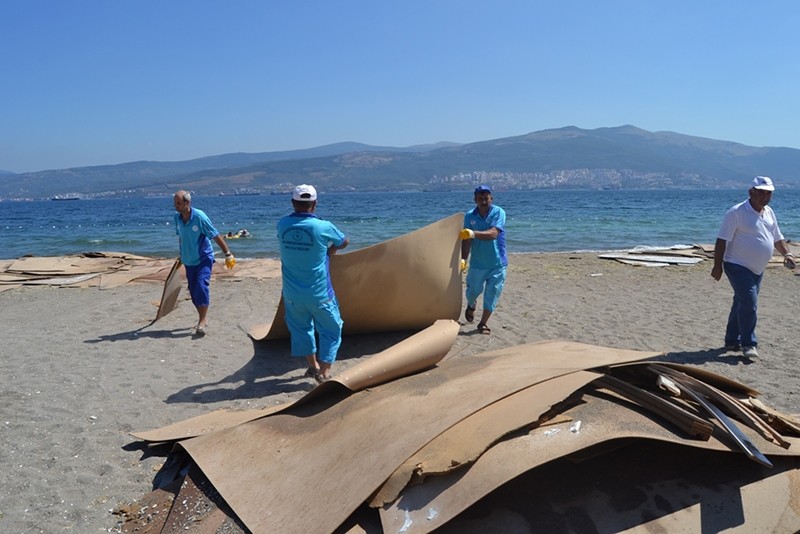 Moldovan NS Spirit ship that spilled slat boards that had been loaded at the Rhodes' Harbor in the sea off Turkey's Bursa's Port region last Saturday was charged with a total fine of 64,500 Turkish liras ($18,067) from the Gemlik Port Authority and the Bursa Provincial Directorate of Environment and Urbanism.

The Moldovan NS Sprit ship spilled them to the sea at the Gemlik Port Region Saturday because the slat boards had allegedly been wrongly loaded at the Rhodes Habor, reports said. Approximately 2 kilometers of the coast was covered with the slat boards, reports added.

The Bursa Metropolitan Municipality, which was not liable for the incident, and the Gemlik Port Authority worked for three days to clean the beaches of the slat boards.

After cleaning the slat boards, teams from the Bursa Provincial Directorate of Environment and Urbanism did an examination and charged the ship 28,000 liras ($7,847) for the spill. The Gemlik Port Authority additionally charged 36,500 lira ($10,230).

Authorities from the Gemlik Port Authority said that the Moldovan NS spirit ship has been anchored off Armutlu on July 8 and will be released after payments for the fines are made.