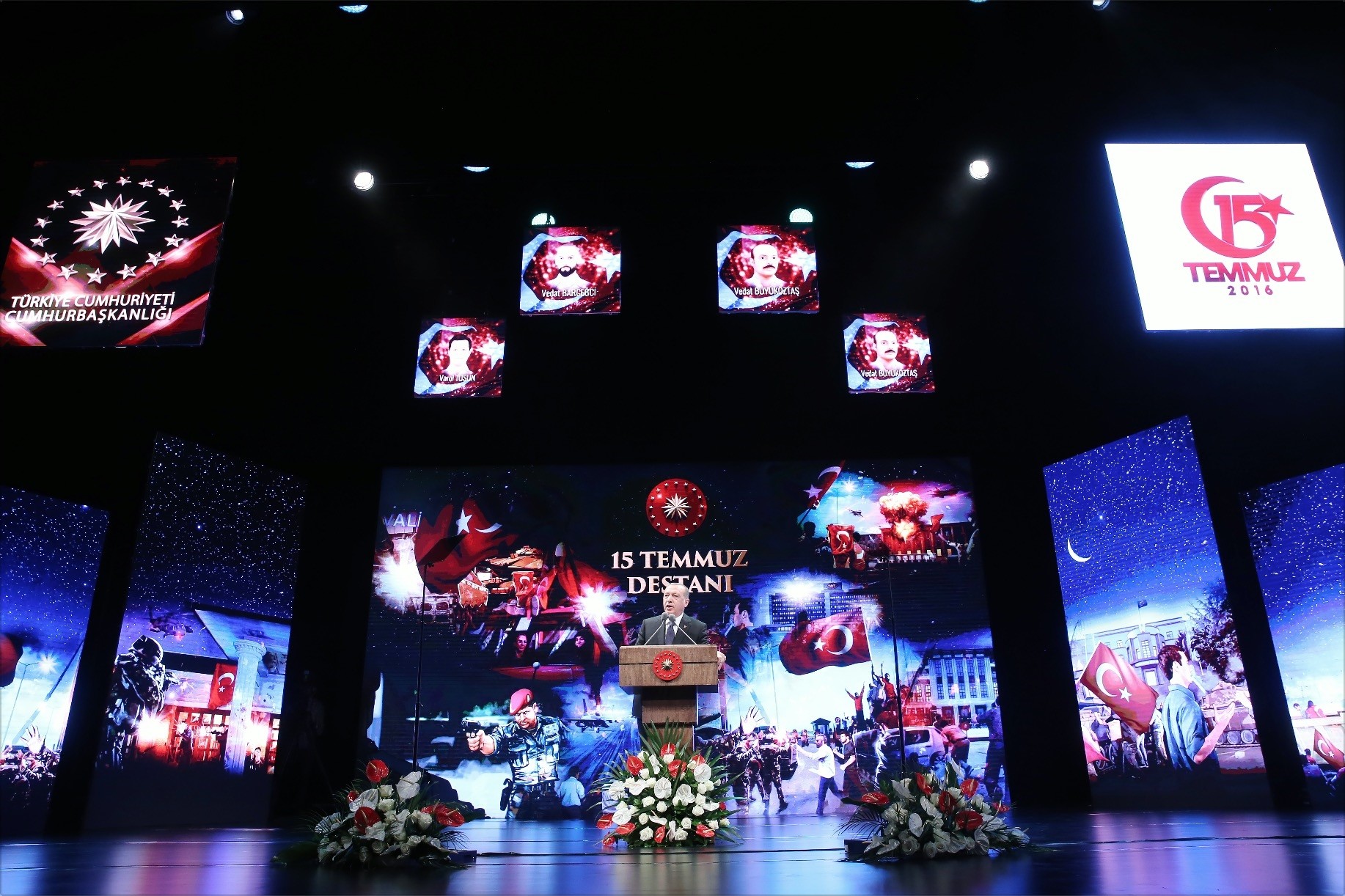 Erdou011fan addresses the audience against a backdrop of photos of those who died during the coup attempt.
by Daily Sabah Jul 14, 2017 12:00 am

The families of those killed by putschists during last year's July 15 coup attempt and survivors hailed for their bravery against pro-coup troops convened at the presidential palace yesterday for an event.

President Recep Tayyip Erdoğan and Prime Minister Binali Yıldırım joined them for a commemoration to the victims. Photos and videos of the coup victims and their heroic actions were screened at the ceremony, and a father of two police officers killed by the putschists recited an emotional poem at the commemoration event.

One of the speakers, Safiye Bayat, was shot in the foot on July 15 while trying to convince the pro-coup troops to abandon the coup bid. "We had faith in victory and we won," Bayat said. She was among the thousands who took to the streets on the night of the coup to peacefully confront the putschists who responded by shooting at the unarmed crowds. A total of 249 people, including security personnel opposing the coup attempt, were killed on July 15 last year. The presidential palace was among the targets, leading putschists to drop bombs on the crowds who had gathered outside to defend it.