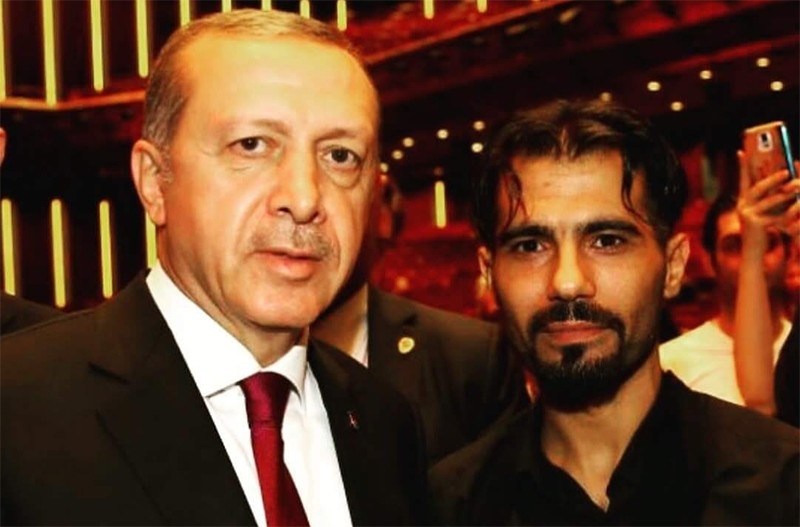 Volkan Yiğit, a July 15 veteran and the twin brother of one of the July 15 martyrs, has become a guard at presidential complex in Ankara.

Volkan and his brother Erkan were among the thousands of Turkish citizens who took to the streets during the last year's July 15 botched coup attempt.

According to Hakan Yiğit, the older brother of the Yiğit twins, Erkan was killed and Volkan was injured when an F-16 fighter jet piloted by one of the coup plotters dropped a bomb near the presidential complex.

"Thank God, we saw this today. [Turkish] nation has not forgotten the July 15, and will never allow it to be forgotten. We swore not to forget it, we will not go back [on our word]," Yiğit said.

Yiğit said that his family answered President Erdoğan's call to gather on the streets the night of the failed coup.

"Erkan, Volkan, we are citizens in our own way; we came here, showed resistance until the morning... We stood up against the tanks under the raging bullets," Yiğit said.

Recalling that the fatal bomb was dropped on a vehicle near them, Yiğit said that Erkan became a martyr that night, while Volkan was injured.

President Erdoğan became tearful when the twins story was shown to him on live television August last year.

"President [Erdoğan] looked out for the sole twin, and he took him in as a guard," Yiğit added.