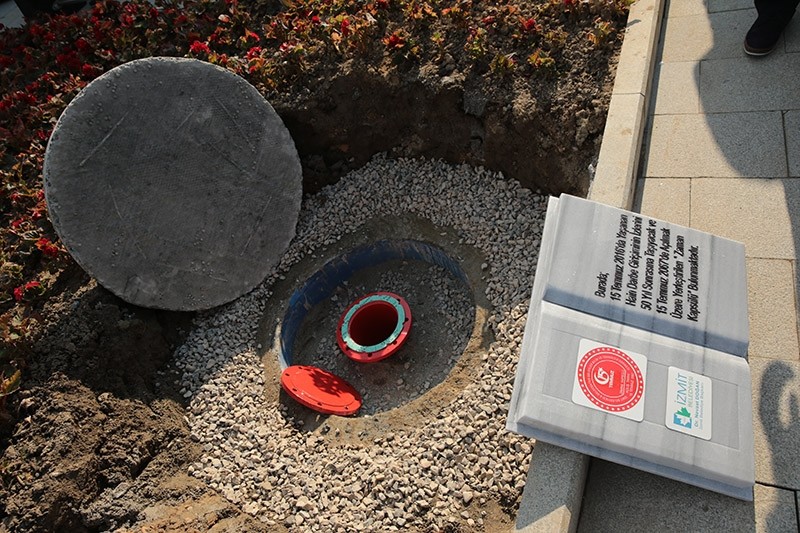 A time capsule containing materials about the July 15 failed coup attempt was buried Sunday in the northwestern Turkish city of Izmit.

Speaking at the opening ceremony of the July 15 Democracy Martyrs' Memorial Park, mayor of Izmit Nevzat Doğan said that the capsule would be re-opened after 50 years.

The 1,800-square-meter park features the names of the 249 martyrs who died resisting the July 15 coup attempt, as well as stories of witnesses and survivors, and a miniature replica of the Bosporus Bridge, now called the July 15 Martyrs' Bridge, which saw the bloodiest scene on the night of the coup bid, and also witnessed the biggest resistance with 36 fatalities.

The capsule contained a vast array of July 15-related materials, including photographs from the night of July 15, a video of President Recep Tayyip Erdoğan inviting people to the streets, the text of coup declaration read on Turkish Radio and Television Corporation (TRT), surveillance footage, a presentation describing the coup attempt, and newspaper clippings.