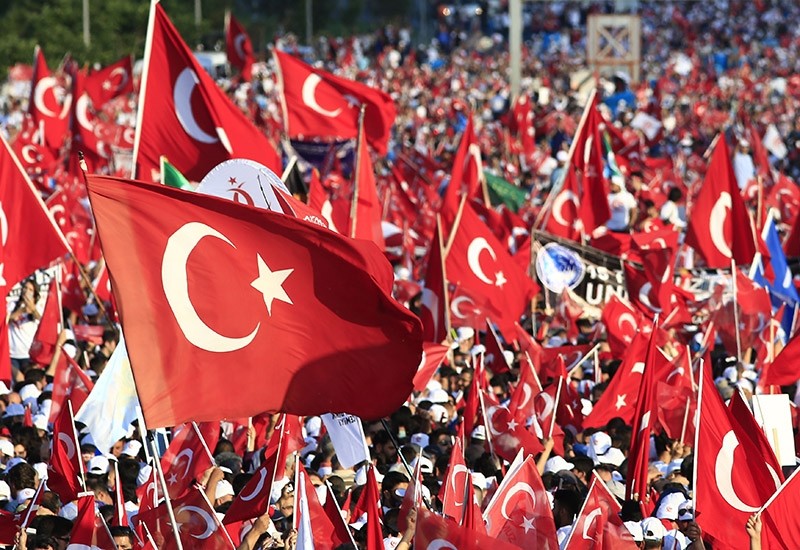 Before the number would actually connect, callers were surprised by an audio recording of the president, to mark the first anniversary of a failed coup.

After dialing a number, instead of hearing a dialtone users heard a voice message from Erdoğan congratulating them on the national holiday of "democracy and unity" that marks the coup's defeat.

Only after Erdoğan's message did the dialtone begin.

"As president, I send congratulations on the July 15 Democracy and National Unity Day and wish the martyrs mercy and the heroes (of the defeat of the coup) health and wellbeing," said the message read by Erdoğan.

The head of the Information and Communication Technologies Authority (BTK), Ömer Fatih Sayan, confirmed on his Twitter feed that this was a state-sponsored act.

"All our people, during calls, hear President Recep Tayyip Erdoğan's July 15 Democracy and National Unity Day message," he posted on social media, with audio of the 16-second clip.

Users had in the wake of the coup bid received text messages from Erdoğan. But this is believed to be the first time a voice message has been employed.

On social media, many users were shocked, posting videos of themselves trying to call their relatives and first sitting through the presidential message.

Erdoğan's message to callers was apparently no longer being played on Sunday morning.

Also just after midnight salah prayers from victims of the coup bid rang out from minarets of 90,000 mosques across Turkey, state media said.