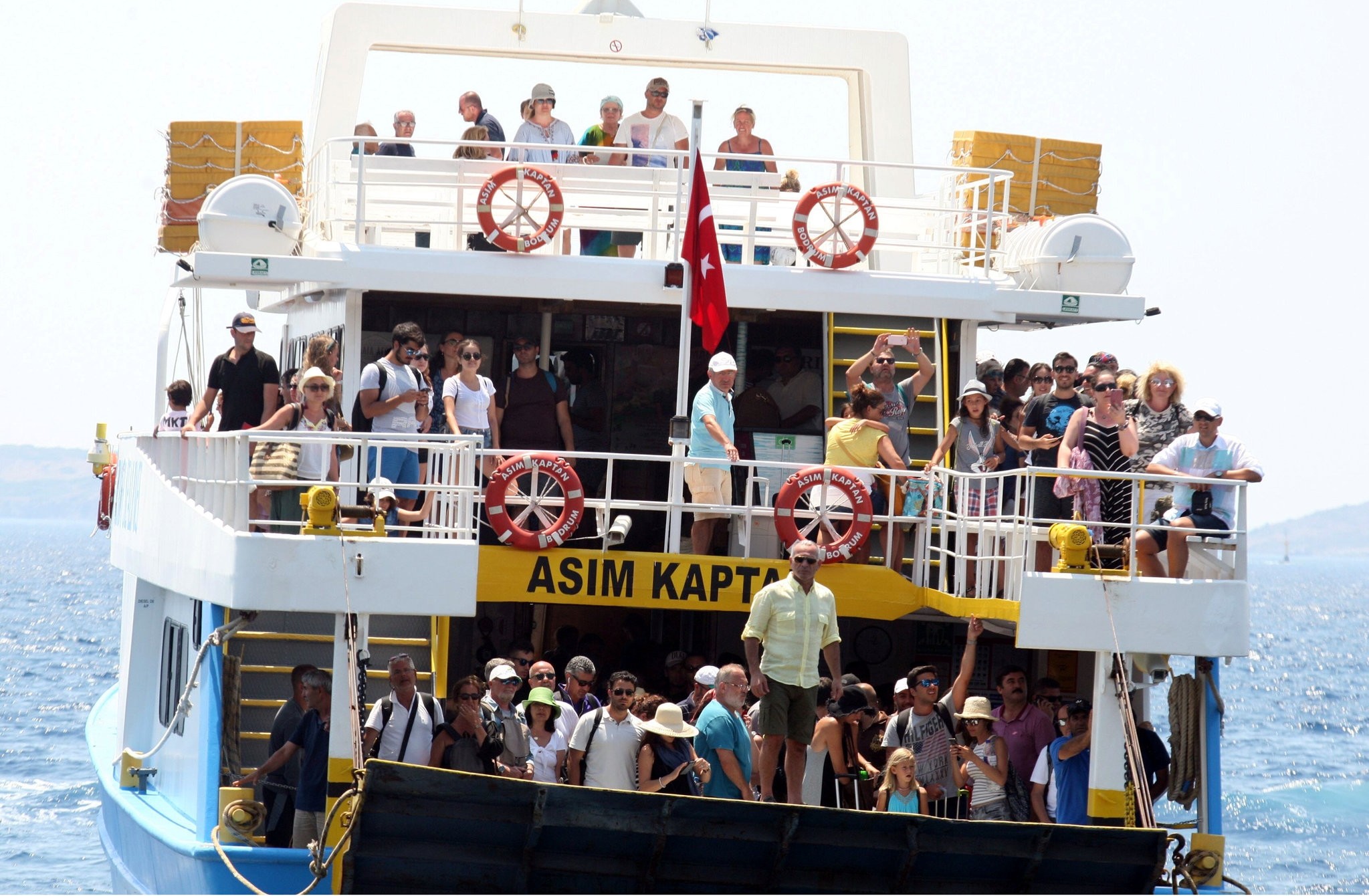 A boat carrying a total of 205 Turkish citizens stranded on the Greek island of Kos arrived in the Aegean resort town of Bodrum Friday after a powerful earthquake in the Aegean Sea killed two people on Kos, injured dozens and caused flooding and damage to property.

Five people injured in the earthquake was also brought to Turkey by the boat, "Asım Kaptan". The injured people received first aid by the emergency squad waiting on the port and were later taken to a hospital for further treatment.

The boat carrying Turkish people was escorted by a Turkish naval ship. A second boat was sent to Kos to evacuate the remaining Turkish nationals and additional trips were added from Kos to Bodrum, officials said.

Tourist hotspots Kos and Bodrum are about 10 kilometers apart across the Aegean Sea.

The 6.7-magnitude quake struck near the Greek Dodecanese islands and the south-west Turkish coastal city of Bodrum at 1:31 am (2231 GMT), at a depth of 10 kilometers, according to the US Geological Survey.

The two people, a Turkish and Swedish national, were killed in the earthquake as both countries confirmed the deaths. A doctor at Kos' hospital said more than 100 people were treated following the quake.

The quake also hit Turkish resort of Bodrum and at least 25 people received medical care in Turkey, however, no casualties were reported.

In mid-June, the Greek islands of Lesbos and Chios and western Turkey were hit by an earthquake, which killed one person on Lesbos and damaged dozens of houses.