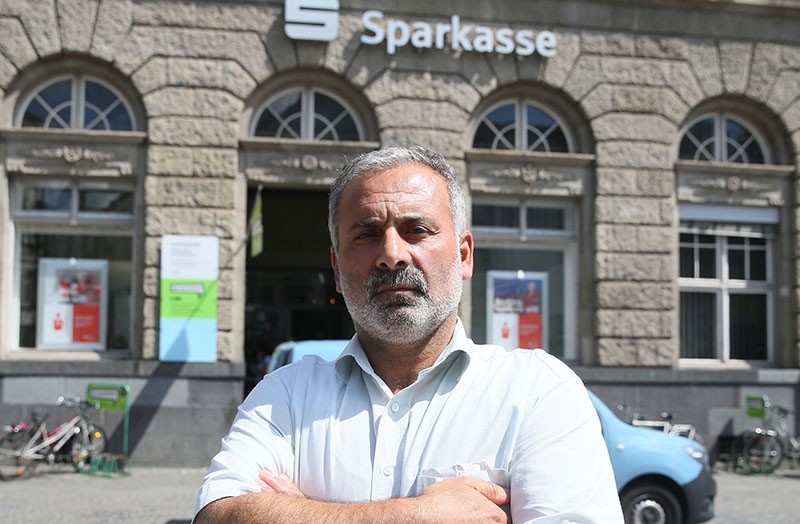 A Turkish man living in Germany made the headlines after he handed a lost bag filled with gold over to the police.

Yakup Yılmaz, a 57-year-old immigrant originally from Iğdır in eastern Turkey, was sitting outside a bank on Berlin's Karl Marx Street July 27 when he spotted a couple investigating an unclaimed bag resting near his bench.

As the couple opened the bag Yılmaz wondered what were they doing -- fearing the worst, he worried it could be a bomb.

"The woman opened the bag and then a piece of paper came out, and there was an ID card. When I saw the card, I decided [the bag] had an owner," Yılmaz told Anadolu Agency.

The Turkish man went over to the couple and asked them to hand it in to the police, but they were unable to understand him.

As he checked the bag's contents, he made an amazing discovery:

"There were a lot of documents when I checked the bag. Then I saw an envelope. The envelope was closed. I saw the money when I opened it."

"I also saw a heavy thing wrapped in a paper bag. When I opened it, I saw gold."

For many, the temptation to keep the treasure would have been irresistible. Yılmaz, who immigrated to Germany in 1992, has been living on a disability pension for 10 years after an accident left him unable to work.

However, he insisted on returning his amazing find: "When I found this money, my heart did not slide, not even for a moment.

Yılmaz's honesty has not gone unnoticed: "Turks and Germans who have seen me congratulate me. Some Turkish friends hug me, saying: 'You did us proud, you have broken the prejudices against us'."

Yılmaz noted that the bag's owner was an old man, according to the identity card and has not approached him yet.

"I'd appreciate a word of thanks" Yılmaz said.

He also added that he had found a wallet three months ago and handed it over to police as well.