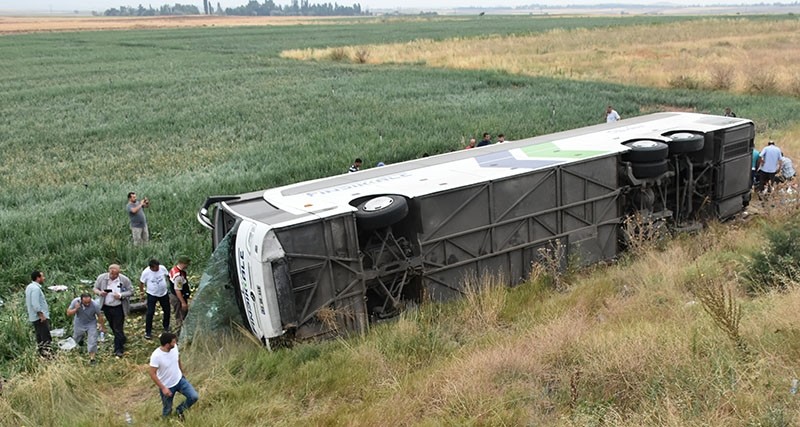 Six people died and 36 others were wounded in a bus accident in Turkey's northern Amasya province on Saturday.

The accident occurred around half an hour after the bus driver stopped for a break.

While the bus wasn't traveling at a high speed, the bus driver lost control and the vehicle overturned, tumbling down a small hill, a passenger described the moments of the incident.

The gendarmerie launched an investigation into the accident.